The OPEC Fund
for International
Development
May 05, 2020

Monika Froehler, CEO of the Ban Ki-moon Centre for Global Citizens, talks to the OPEC Fund Quarterly about adaptation, inclusion and the SDGs 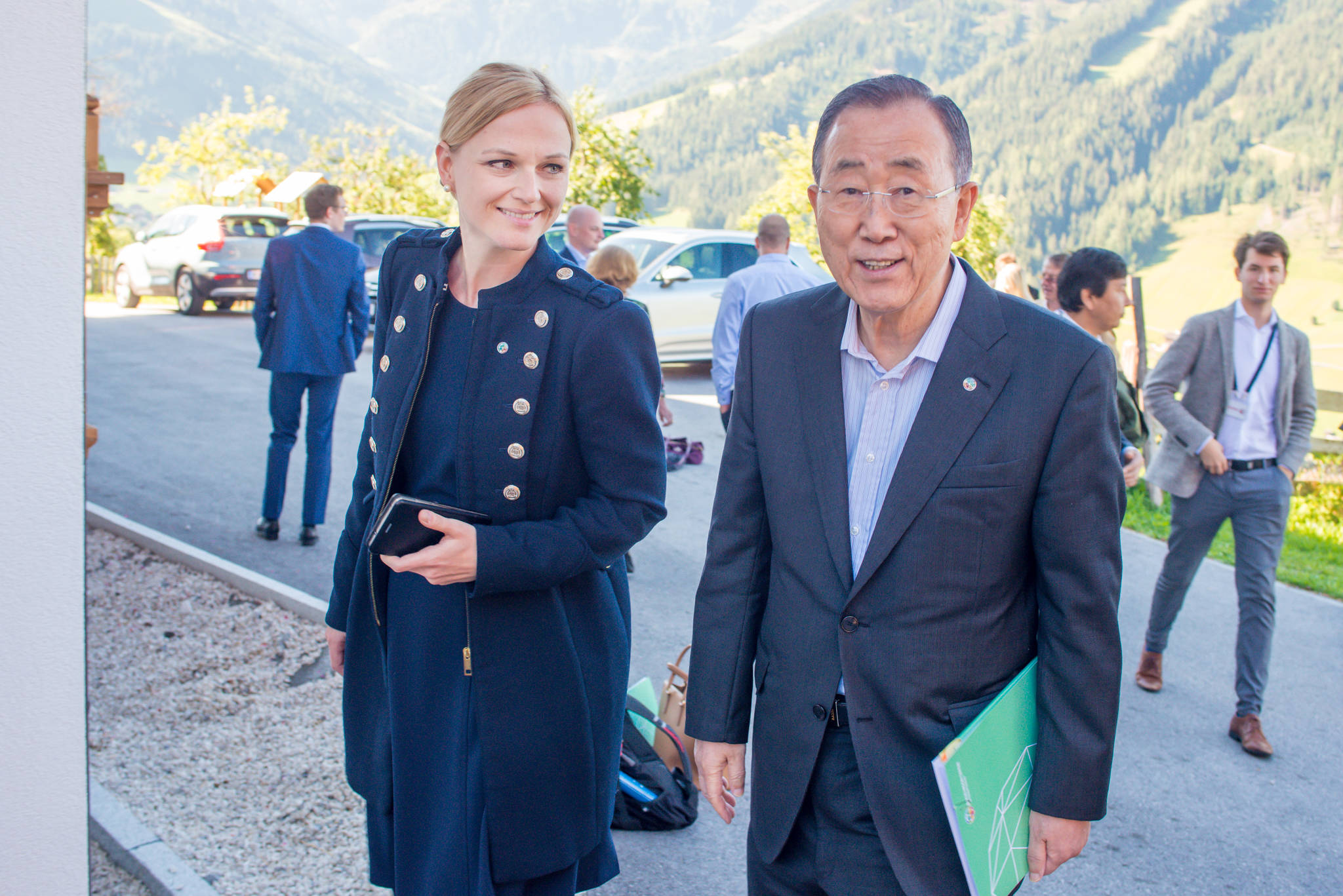 As published in the 02/2020 issue of the OPEC Fund Quarterly.

"The Ban Ki-moon Centre is naturally focused on climate change mitigation and adaptation, given our work empowering women and the youth within the framework of the Sustainable Development Goals and the Paris Climate Agreement. Ban Ki-moon, a founder of this Centre, also launched and co-leads the Global Commission on Adaptation.

The Commission aims to encourage the development of measures to manage the effects of climate change through technology, planning and investment. Adaptation efforts in developing countries need to be ramped-up. Financing for climate  action mitigation is far bigger than financing of adaptation. We need to  get the balance better, but not at the cost of taking away from mitigation.

Methods to manage adaptation in developing countries include national development strategies, National Adaptation Plans and the National Determined Contributions under the Paris Agreement.  There are good examples in a number of countries, but institutions often lack funding or the ‘teeth’ to make a real difference. While progress often exists at the national level, there is less evidence at a sub-national level.

One interesting question is why there is so much engagement with adaptation in some developing countries and less in others? This appears to be a result of bilateral and multilateral donor priorities and depends heavily on the respective country's policy focus. Developing countries that focus on agriculture, for example, benefit from a wide understanding of the issues at play and the international community’s recognition that help is needed. Gender initiatives attract focus for similar reasons. So while agricultural adaptation gets attention, unfortunately, adaptation measures in health services, forestry and fisheries are generally rather underdeveloped on the donor and recipient side.

Engagement in climate change adaptation is certainly not about a country’s level of development – it doesn’t appear to be related to GDP or even exposure to climate risks. More important seems to be senior government leadership. When leaders buy in and focus on adaptation, more climate finance is forthcoming and the more expertise and capacity is built up ‘in-country’.

Gender equality is central to climate change adaptation planning. Women are harder hit by the impacts of climate change for several reasons. Between 45 and 80 percent of the agricultural workforce are women and yet they are often excluded from decision making and have no property rights. Natural disasters kill verifiably more women than men. Women's and girls health declines more in times of food shortage than men's. Climate change leads to migration and displacement and exposes women to many additional hardships including (sexual) violence.

Furthermore, scarcity of resources like water or fuel hit women harder as the main household providers of these commodities. A loss of a harvest, for example, can mean a woman loses her income and the ability to feed her family. But due to inequalities, women are prevented from making decisions about land or family finances. Nor are they educated about land use or financial management.

By integrating gender considerations and women into medium- and long-term adaptation, measures become more effective and implementable. Such measures would not exacerbate inequalities and other vulnerabilities; they would help protect the needs of the most vulnerable; and include men and women in adaptation decision-making and implementation.  Developing countries often still need to ensure that women and girls have equal tenure rights and access to land, fisheries and forests, independent of their marital status.

If I had a big pot of money, I would use it to help developing countries include more women in adaptation strategies. Women’s involvement means better outcomes and more sustainable solutions. Educating more women about reproductive rights would boost mitigation efforts, since population growth is hugely detrimental to climate outcomes.

Educating more women about land use and financial management would boost adaptation capacity. At a micro-scale, employing equal numbers of women and men to teach climate change adaptation in developing countries would help remove cultural stigmas and provide women with salaries. It would torpedo cultural norms of women not having financial access and making decisions about resources.

More simply, the international community can help to promote policy reform and new legislation to promote gender equality. But don’t reinvent the wheel – use what is there already. Assist and advise countries to be cognizant and active about what they are obliged to do with already existing pro-women legislation. There should also be more investment in the basic social services infrastructure in developing countries to reduce women’s workload and increase their time for education and income generating opportunities. We should create opportunities for women to self-organize, support skills training for women and have women train women – it makes a big difference to break patriarchal structures."

The Ban Ki-moon Centre for Global Citizens is a Quasi-International Organization based in Vienna, Austria. The Centre was established in January 2018 and is co-chaired by Ban Ki-moon (Secretary-General of the UN 2007 – 2016) and by Dr Heinz Fischer (President of the Republic of Austria 2004 – 2016).