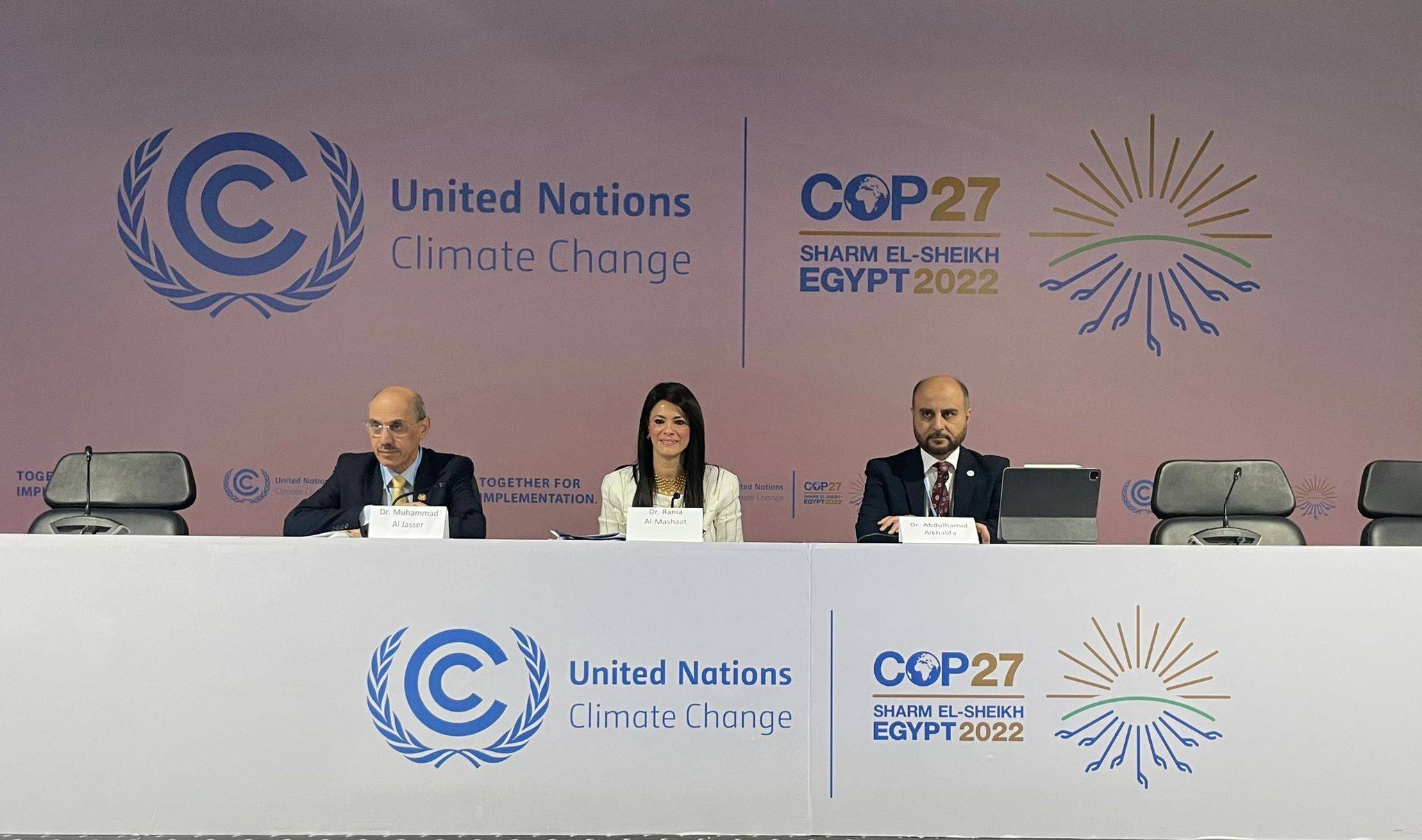 November 9, 2022: An overwhelming majority of The Arab Coordination Group (ACG) members are committing to providing at least a cumulative amount of US$24 billion in financing by 2030 to address the global climate crisis, the Group announced today at the UN Climate Conference COP 27 in Egypt.

This landmark commitment, put together by regional and international development financial institutions will support the acceleration of the energy transition, the increased resilience of food, transport, water and urban systems, and the promotion of energy security in countries including the least developed countries and small island developing states. The financial commitment comes as part of a joint Call for Climate Action for Equitable Development released this day.

The ACG commits to promote a just, inclusive, affordable and equitable energy transition in developing countries. The Group will strengthen global partnerships, including South-South and Triangular Cooperation to provide solutions to the adaptation, mitigation needs of developing countries and contributing to climate finance flows.

In addition to their own resources, the Group members aim to leverage concessional finance to de-risk and catalyze private sector investment in areas and regions where it is needed the most, utilizing a range of financial instruments such as loans, blended finance, guarantees and various islamic financing instruments.

Dr. Al Jasser said:  “The Islamic Development Bank is proud to support the Arab Coordination Group Declaration on Climate Action. This commitment comes while IsDB is ramping up its level of climate finance in its operations which, in 2021, reached 31 percent. The Bank has made an ambitious target to have by 2025 at least 35 percent of its financing as climate finance. IsDB is also pledging to approve at least US$13 billion in adaptation and mitigation finance during the period 2023-2030”

OPEC Fund Director-General Dr. Alkhalifa said: “The ACG’s sizeable financing represents decisive and collective action to address one of the world’s most urgent challenges. Climate action and development must be tackled simultaneously. The OPEC Fund as a committed member of the ACG will contribute to this pledge with the implementation of our recently announced Climate Action Plan, which will double the share of climate financing to 40 percent of all new financing by 2030 and mainstream climate action into our project cycle.”

About The Arab Coordination Group

The Arab Coordination Group (ACG) is a strategic alliance that provides a coordinated response to development finance. Since its establishment in 1975, ACG has been instrumental in developing economies and communities for a better future, providing more than 5,000 development loans in the public sector to over 130 countries around the globe.