The OPEC Fund and BOAD boost cooperation in Western Africa 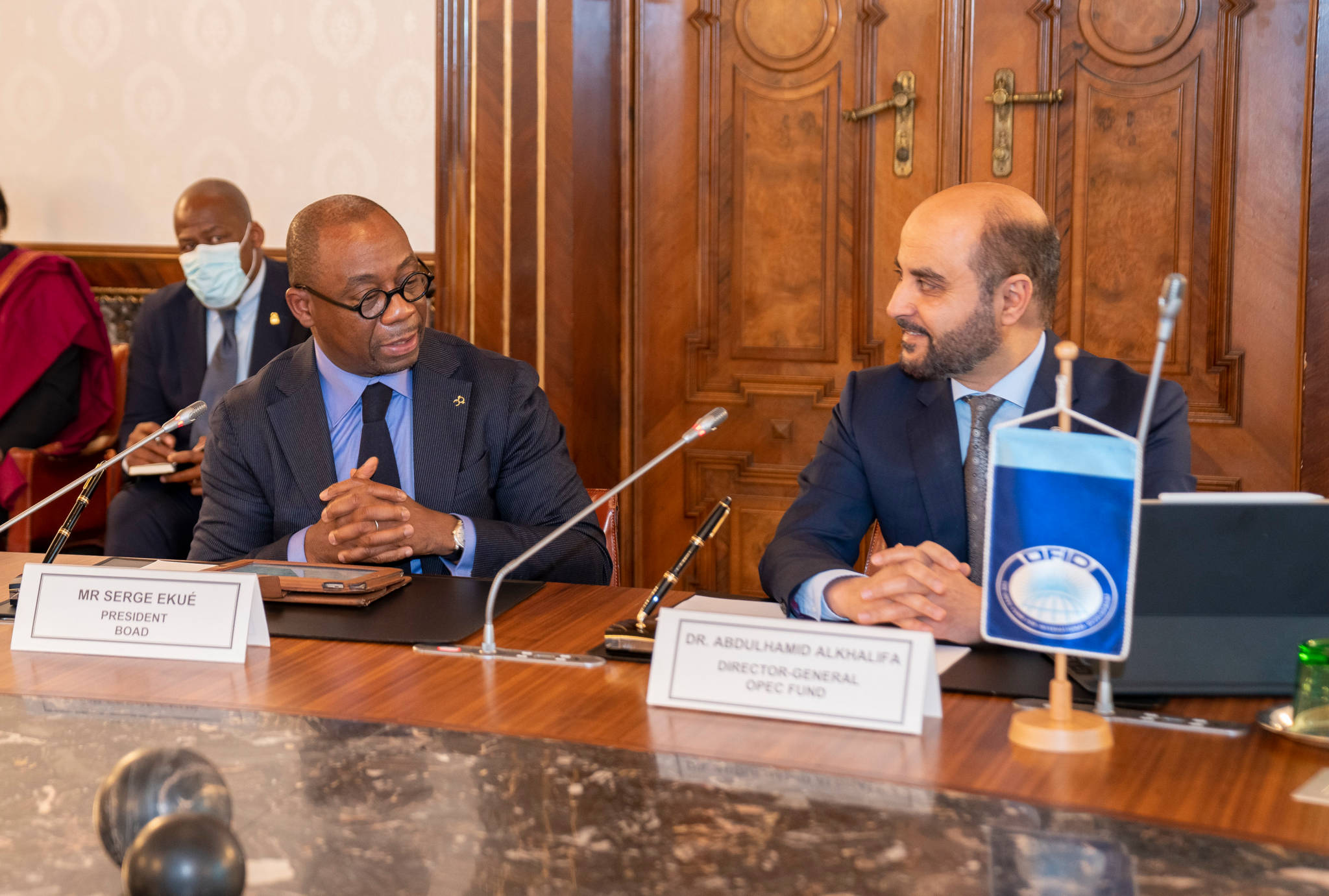 The agreement focuses on increased engagement and knowledge-sharing between the two institutions and ensures enhanced cooperation in co-financing public and private sector projects, as well as supporting international trade and regional integration. It also enables the OPEC Fund and BOAD to join forces to directly mitigate the negative impact of COVID-19 on economic activity in the West African countries.

Signing the agreement on behalf of the OPEC Fund, Director-General Dr. Abdulhamid Alkhalifa said: “We are pleased to grow our partnership with BOAD to work together toward our common cause. West African countries have significant potential to increase trade flows and strengthen competitiveness which will drive growth, reduce poverty, and create new jobs in the region. The OPEC Fund’s global expertise, combined with BOAD’s strong regional presence, positions our two institutions well to help the region to weather the impacts of the pandemic and improve its competitiveness within the global economy.”

President Serge Ekué of BOAD commended “the commitment and growing partnership between Africa and the OPEC Fund, which translated into support to BOAD for several decades now, thereby contributing to growth and sustainable development in the WAEMU member countries.” He added that the implementation of this framework agreement will help support the objectives of BOAD’s new strategic plan for 2021-2025, with the “aim of increasing the impact of its operations in terms of development outcomes by funding productive investments and creating jobs for youth and women, while focusing on micro-, small- and medium-sized enterprises (MSMEs), transport infrastructure and digitalization, agriculture and food security, energy, real estate, health and education.”

About the West African Development Bank
The West African Development Bank (BOAD) is the common development finance institution of the member countries of the West African Monetary Union. It is an international public institution that aims to promote the balanced development of its member countries and foster economic integration within West Africa by financing priority development projects. It is accredited to the three climate finance facilities (GEF, AF, GCF). Since 2009, BOAD sits as an observer at the UNFCCC and actively participates in discussions on architecting an international climate finance system. As from January 2013, it has been home to the first Regional Collaboration Centre (RCC) on the Clean Development Mechanism (CDM), whose aim is to provide direct support to governments, NGOs and the private sector in the identification and development of CDM projects. Moreover, the Bank is committed to carbon neutrality by 2023 and is an active member of the International Development Finance Club that brings together 24 national, regional and bilateral development banks.

About the OPEC Fund
The OPEC Fund for International Development (the OPEC Fund) works in cooperation with developing country partners and the international development community to stimulate economic growth and social progress in low- and middle-income countries around the world. The organization was established by the member countries of OPEC in 1976 with a distinct mandate: to drive development, strengthen communities and empower people. The OPEC Fund’s work is people-centered, focusing on financing projects that meet essential needs, such as food, energy, infrastructure, employment (particularly relating to MSMEs), clean water and sanitation, healthcare and education. Our vision is a world where sustainable development is a reality for all.