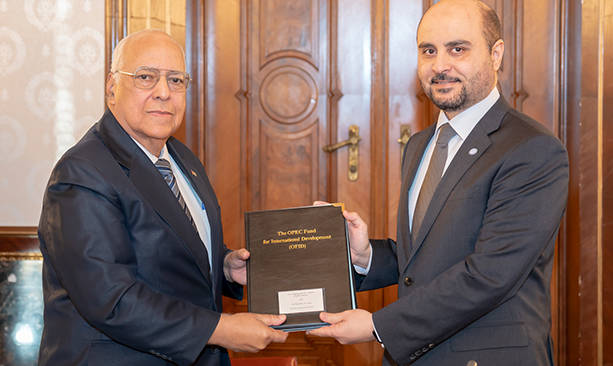 Vice-President of the Council of Ministers of the Republic of Cuba, Ricardo Cabrisas Ruiz, and OFID Director-General, Dr Abdulhamid Alkhalifa

Vienna, Austria, January 30, 2019.  OFID – the OPEC Fund for International Development – has signed a US$25 million loan agreement to co-finance improved water and sanitation infrastructure in Cuba.

The loan was signed by Vice-President of the Council of Ministers of the Republic of Cuba, Ricardo Cabrisas Ruiz, and OFID Director-General, Dr Abdulhamid Alkhalifa, at OFID’s Vienna headquarters.

The loan, alongside financing from the government of Cuba, will support the Las Tunas Province Water and Sanitation Project, Phase II, in line with governmental efforts to achieve United Nations Sustainable Development Goal 6, which calls for access to clean water and sanitation for all.

This new investment aims at expanding water infrastructure in the central/eastern province of Las Tunas, providing improved living standards for some 150,000 people. The project is also expected to strengthen local economic activities and tourism in the region.

OFID has a long history of working with Cuba. Since 2002, the organization has committed more than US$253 million to development operations in the country’s water and sanitation, agriculture and energy sectors.