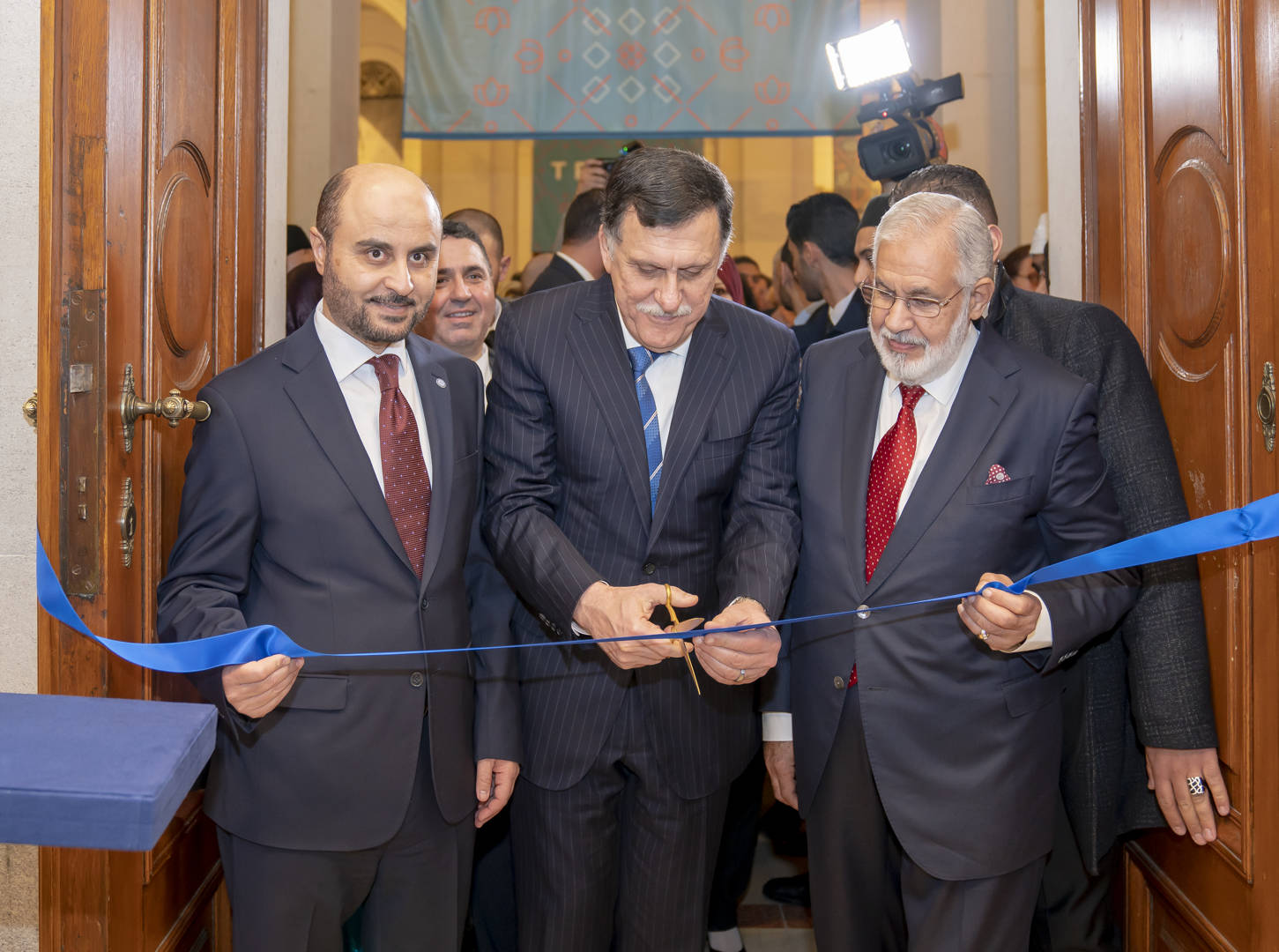 Libya’s Minister of Foreign Affairs Mohamed Al-Taher Syala was also in attendance and provided welcoming remarks outlining OFID’s long history of providing development support across the globe. This was followed by an emotive and varied performance of traditional music and dance.

The exhibition, titled Tripoli: Mermaid of the Mediterranean, marks the 43rd anniversary of OFID – the OPEC Fund for International Development – and showcases the history and culture of OFID member country Libya.

Dr Alkhalifa welcomed guests and expressed OFID’s honor in receiving a member country Head of State. “We are delighted by the importance placed on this event by our member country and by the cooperation with Libya that has made this exhibition possible,” Dr Alkhalifa said. “It is precisely this type of member country support and guidance that enables OFID to make such an impact on sustainable development across the globe. We look forward to welcoming more of our member country Heads of State to further strengthen the excellent working relations we have enjoyed over the past 43 years.”

Via OFID, Libya has helped to support economic growth and alleviate poverty in many disadvantaged regions of the world.  “This beautiful and culturally rich North African country – the fourth largest on the African continent – is one of the longest members of OPEC and an integral and active member of our own organization,” Dr Alkhalifa said.

This is the latest in a long line of OFID-hosted exhibitions showcasing the cultures of its member and partner countries. The exhibition launch was held in coordination with the State of Libya, represented by its embassy in Austria, and is open to the public from January 29 to February 8, 2019.