"When you see people's smiles, it's truly a blessing"

In an exclusive interview with the Austrian daily Die Presse, Director-General Dr. Abdulhamid Alkhalifa sets out his vision for the OPEC Fund and shares what truly inspires him 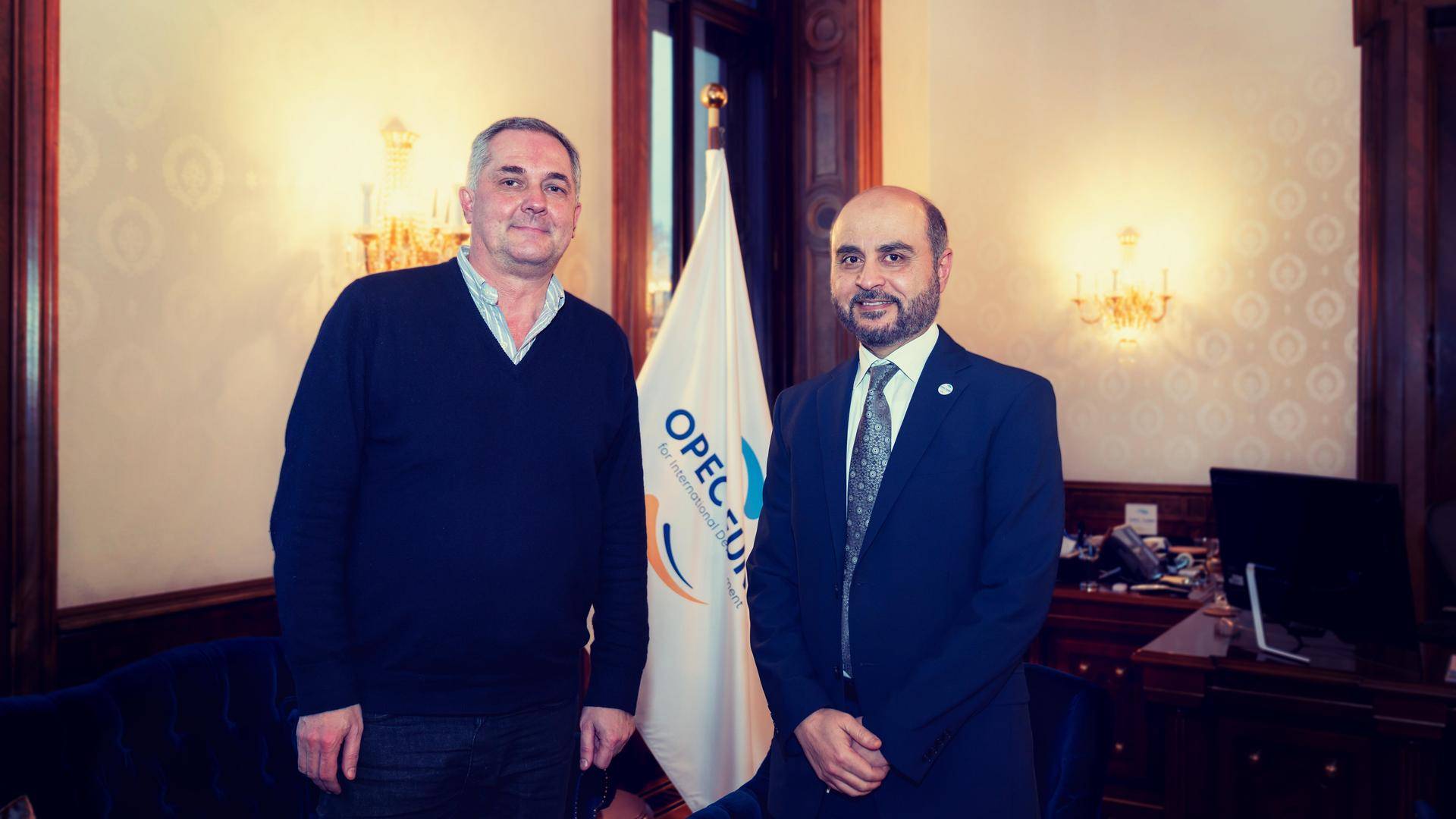 The OPEC Fund wants to do more and to be seen more: “It is time to raise our profile”, Director-General Dr. Abdulhamid Alkhalifa says in an exclusive interview with the leading Austrian daily Die Presse – a wide-ranging interview in which he explores the future of the OPEC Fund, its global mandate, and its close ties with its host city.

Running through the raft of sectors and countries in which the OPEC Fund works, the Director-General also speaks about the rewards of seeing the work on the ground, such as during his 2019 mission to Burkina Faso, where he visited the OPEC Fund co-financed University of Ouagadougou: “When you see people's smiles, it's truly a blessing,” he says.

The article notes the OPEC Fund's global outreach as Dr. Alkhalifa underlines the unique features of the organization: “We are perhaps the only institution in the world that does not provide support to its member countries.” He then makes clear the strictly neutral position of the Fund: “We are not a political institution. And our partners see it that way too.”

While operating worldwide, the OPEC Fund feels very attached to its host country and city: “Vienna is our hometown”, the Director-General emphasizes. It is also here where the Fund wants to become more visible, for instance by organizing annual conferences featuring international decision makers and thought-leaders from the development arena.

Before Die Presse moved to its current location in Vienna’s third district, the daily and the OPEC Fund were near neighbors for many years, as the paper was written and edited on the upper f loors of the Marriott Hotel on Parkring. The interview could be the spark to rekindle this old relationship.

The full article can be found on Die Presse's website: https://www.diepresse.com/6100216/die-exklusiven-opec-helfer-im-ringstrassenpalais 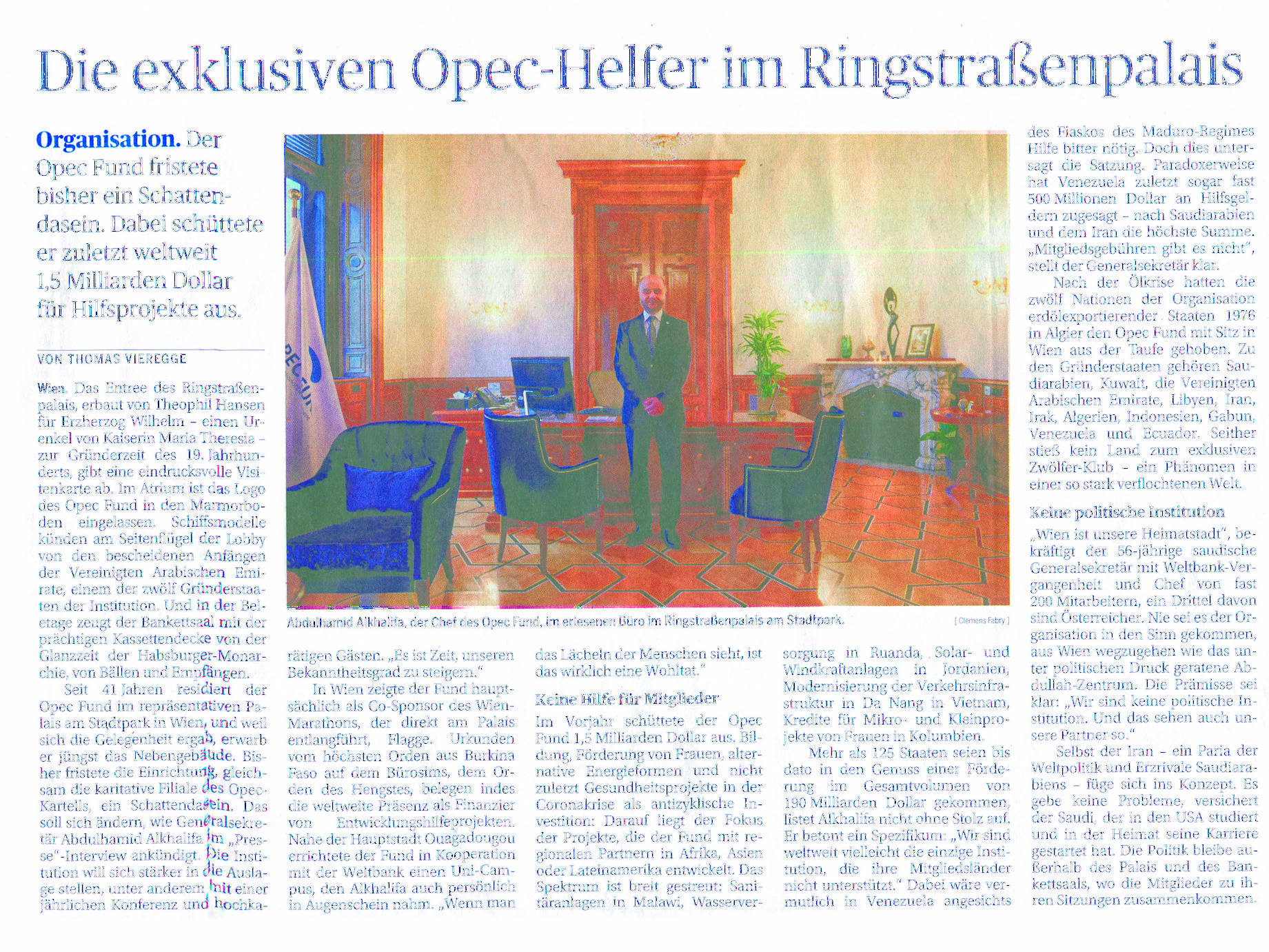