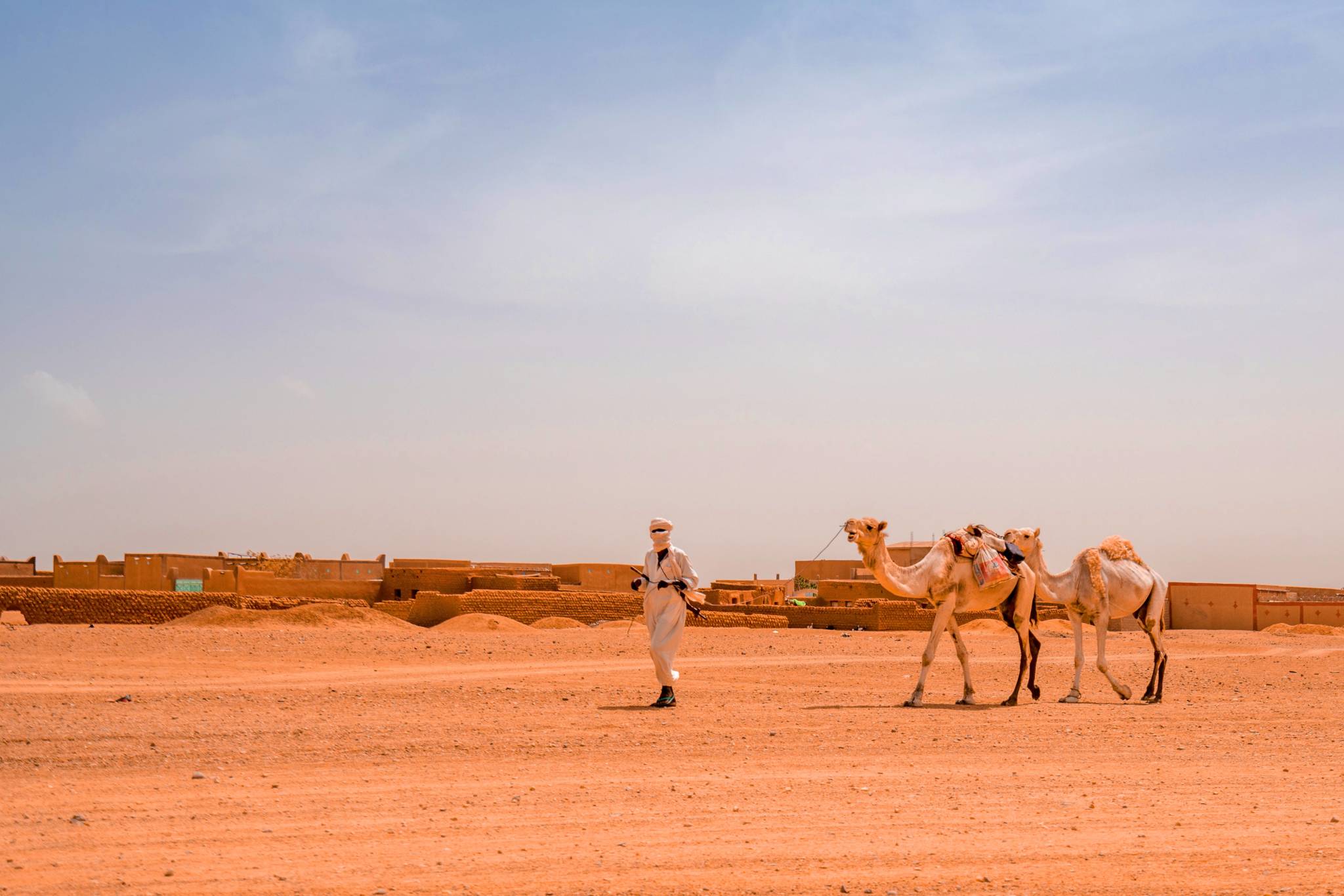 Construction of the 225 km Arlit-Assamaka road in Niger – the missing paved stretch of the Trans-Sahara Road linking Algiers, Algeria to Lagos, Nigeria, with side links to Mali and Chad – will soon be completed. Financed by the OPEC Fund and other partners, including the government of Niger, the project will help reduce the isolation of rural communities and promote regional integration.

The Trans-Sahara Road is a vital north-south trade route.
Approximately 4,600 km in length, the highway is integral for moving goods from the more agriculturally endowed south to food insecure regions in the north. Niger’s section of the road is around 975 km long and provides a vital lifeline for its population.

The Arlit-Assamaka stretch links the industrial town of Arlit in northern-central Niger with Assamaka, a small northerly town on the Algerian border.  Constructing this 225 km-long road linking the two areas has been a priority of the government of Niger, and the project aligns with the country’s regional integration strategy of strengthening trade with other members of the Economic Community of West African States (ECOWAS)* and northern Africa neighbors.

Project works include constructing a paved road resilient to the region’s harsh desert conditions and installing road marking and signage, as well as carrying out environmental works such as sand dune stabilization.  Additionally, water points have been drilled at intervals along the route to provide travellers and the local population with a safe source of drinking water.

According to the United Nations Development Programme’s 2020 Human Development Index report, Niger ranks last out of 189 countries, with close to 45 percent of the population living below the poverty line.  A vast, landlocked country with a widely scattered population, Niger is heavily dependent on road transport, with no railway, and many cities and towns separated by large, uninhabited desert terrain and mountain ranges.  The success of the country’s exports – primarily agricultural produce, livestock and natural resources – is reliant on a dependable means of moving goods to and through neighboring countries, to reach seaports.

Commenting on the project, OPEC Fund Country Manager Omar Al-Kadhi said:  “This project is particularly strategic as it falls within the framework of Niger’s regional integration development strategy aimed at fostering connections between northern and sub-Saharan Africa.  The new road will help Niger achieve several development goals, such as poverty alleviation, job creation and the less expensive transfer of goods and services to and from neighboring countries. The project will also support the Agadez region – one of the poorest in the country – and open up access to social amenities, especially education and healthcare facilities. Civil works are progressing well and we expect the project to be fully completed by the end of the year.  Not only has the local population benefited from temporary jobs during the construction phase, there will also be permanent job opportunities in road maintenance and at service stations along the route.”

The OPEC Fund’s contribution to the project is US$10 million out of a total project cost of around US$100 million.  Financing is also being provided by the African Development Bank, the Arab Bank for Economic Development in Africa, the Islamic Development Bank, the Kuwait Fund for Arab Economic Development, the Saudi Fund for Development, as well as the government of Niger.
*ECOWAS countries are Benin, Burkina Faso, Cabo Verde, Côte d'Ivoire, The Gambia, Ghana, Guinea, Guinea-Bissau, Liberia, Mali, Niger, Nigeria, Senegal, Sierra Leone, and Togo. Read more about ECOWAS here: https://www.ecowas.int/

The OPEC Fund and Niger
Including the present loan, the OPEC Fund has committed close to US$200 million to help boost Niger’s socio-economic development.  US$61 million of this was directed to the transportation sector and comprises the following projects:

Bella II - Gaya - Border with Benin Road Rehabilitation. US$10 million. To foster socio-economic development of the Dosso and Gaya provinces in the southwest and promote regional integration between Niger, Benin and Nigeria by rehabilitating a 73 km-long road.

Niamey-Ouallam Road. US$12 million. To rehabilitate 94 km of the Niamey–Ouallum road in the Tillaberi Region in the southwest, which is the first portion of a 300 km national road that links the capital city Niamey with Mali’s border.

Say-Tapoa Road Rehabilitation. US$9 million. To facilitate transport of agricultural goods and encourage regional integration and trade by upgrading an important segment of National Road 27, a key route that connects the agricultural district of Say to the capital, Niamey.