Togo: Today, tomorrow and into the future 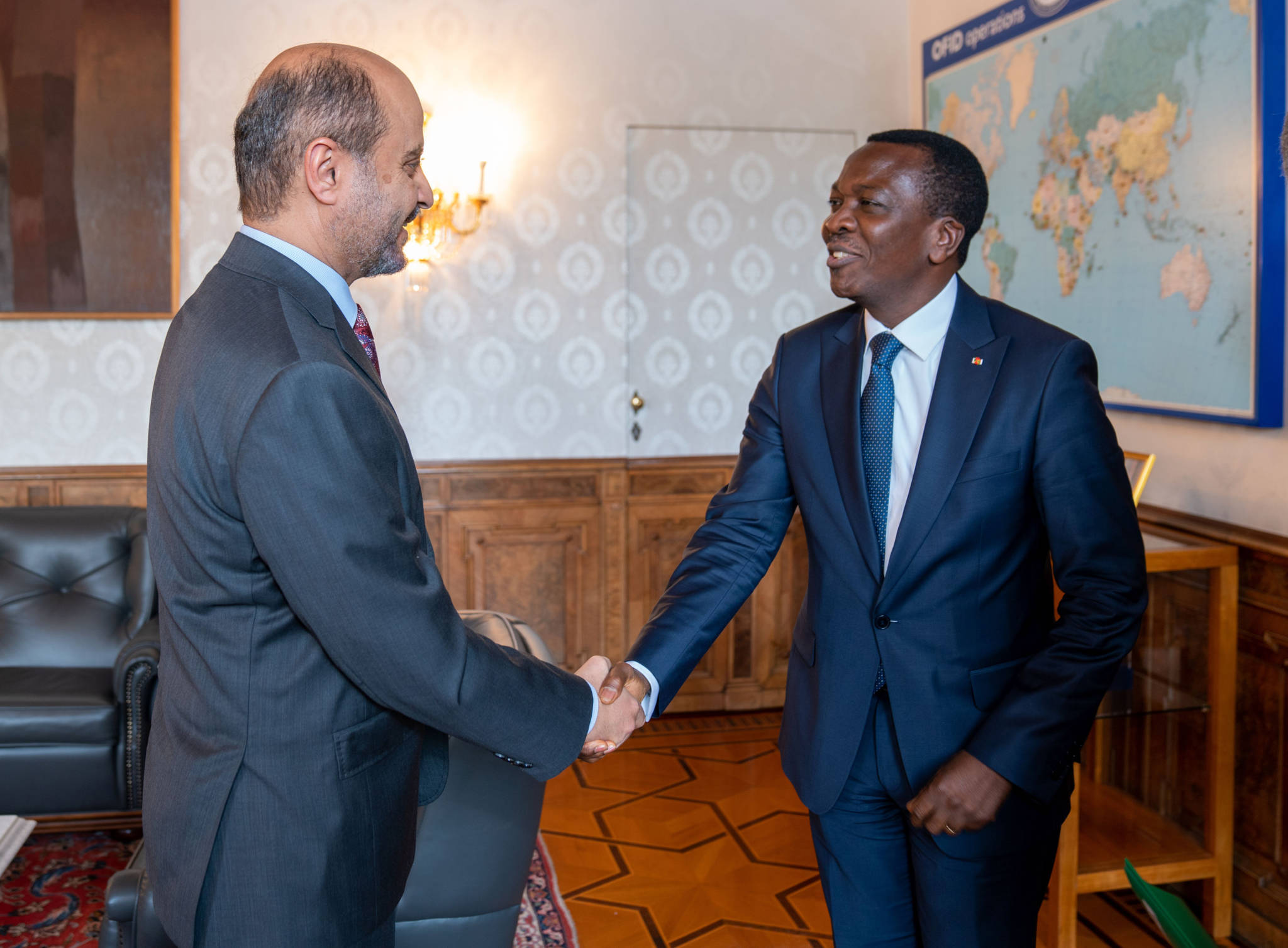 Togo: Today, tomorrow and into the future

The OPEC Fund has supported development in the Republic of Togo since 1979. During the partnership, the organization has approved more than US$110 million for operations across various industry sectors. Sévon-Tépé Kodjo Adedze, Togo’s Minister of Trade, Industry, Private Sector Development and Promotion of Local Consumption outlines the West African nation’s development priorities and progress to date…

The OPEC Fund: Please outline the main priorities of Togo’s National Development Plan.
Sévon-Tépé Kodjo Adedze: The National Development Plan covering the period 2018-2022 aims for a growth rate of 7.6 percent in 2022, thanks to flagship projects with high potential for ‘massive’ job creation and the predominant involvement of the private sector. It is based on a paradigm shift and is focused on three axes.

The first axis concerns the implementation of a logistics ‘hub of excellence’ and business center that aims to achieve excellent performance on a regional scale. This axis is divided into projects such as the duplication of National Highway No. 1, a multi-service logistics platform, and / or the construction of a conference center.

The third axis is devoted to social development and the establishment of inclusion mechanisms to improve the level of human development, in particular through better access to basic social services.

In this context, an electrification strategy called Togo Green aims to establish three solar power plants and three hydroelectric power plants for a total energy production of 200 MW. Still on this axis, the construction of an Agro-Development Training Institute will make it possible to improve the employability of young people.

OF: How important to progress are relationships with development actors such as the OPEC Fund?
STKA: The OPEC Fund is an internationally recognized institution and is a strategic partner in our development plan. Togo is partnering with several financial institutions such as the World Bank, the United Nations Development Programme, the International Fund for Agricultural Development, the African Development Bank etc.  An important detail to note is that Togo is itself a financial hub that hosts the headquarters of international banks such as BOAD (the West African Development Bank), EBID (ECOWAS Bank for Investment and Development), Ecobank (Ecobank Transnational Inc), Orabank and more.

OF: What is the role of the private sector in development in Togo?
STKA: The private sector is the driving force of any economy: it is the sector that employs the most people and contributes to the growth of developing countries in particular. Thus, through several reforms, the government wishes to promote a dynamic private sector, to enable it to perform effectively and fulfil its role as the main contributor to national growth and employment. This is why the government has given a high priority to the private sector in the implementation of the NDP, to which it should contribute 65 percent of the financing. Among other reforms, we can talk about the tremendous leap that our country has made in improving the business climate, which makes Togo today a key destination for any investor wishing to position itself in the West African sub-region.  Indeed, in a very recent World Bank publication (September 2019), Togo is on the shortlist of the 20 economies that have improved their business environment the most in the last 12 months. This further encourages the international private sector to invest in projects in Togo.

OF: Togo has made progress on reducing poverty in recent years. How has this been done and what still needs to be achieved? Do you have any targets to share?
STKA: Togo has indeed made progress in recent years due to the social mandate of the Republic’s President SEM Faure Essozimna Gnassingbé. The mandate focuses on key issues with a high impact on vulnerable populations. In terms of food and nutrition, the National Programme for Agricultural Investment and Food Security (PNIASA) has enabled, among other things, a coverage rate of more than 100 percent of national food requirements (cereals, tubers and pulses) and a 0.8 point drop in acute malnutrition from 6.5 percent in 2014 to 5.7 percent in 2017. In the health sector, the infant mortality rate has decreased from 49 deaths per thousand living births in 2014 to 42 in 2018.

In education, the net primary school enrolment rate rose from 83.9 percent in 2012 to 93.8 percent in 2017. Regarding employment, between 2011 and 2017 more than 60,000 young people trained in microenterprise creation and management techniques with 8,771 businesses created and nearly 40,000 sustainable jobs. The drinking water supply rate improved significantly by 10 percentage points between 2011 and 2017 (from 39 percent to 49 percent).  And the percentage of the population covered by health insurance has increased significantly in recent years, from 1 percent in 2011 to 8.4 percent in 2017.

We will focus on reducing the 6 percent figure of school-age children who still do not have access to school, improving energy accessibility for industries and households, increasing young people's access to credit and technology to develop viable and sustainable self-employment and entrepreneurship activities, and raising the rate of drinking water supply at the national level to over 68 percent.  Access to water, education, health, electricity and road infrastructure are the needs expressed by the population and challenges to be met.

OF: Togo’s economic growth picked up in 2018 to 4.9 percent. To what do you attribute this and what are your growth expectations for the next five years?
STKA: 2018 was marked by the beginning of the implementation of the new NDP 2018-2022. This framework strengthens the domestic private sector and encourages investors and lays a solid foundation for sustainable development, which should lead to the country's modernization. This explains the 4.9 percent growth rate recorded during this year and a projected growth rate of 5.1 percent in 2019.

The government is intensifying its efforts to maintain this momentum to reach a growth rate of 7.6 percent by 2022, in line with the vision of the Head of State. This growth will be even more inclusive for the benefit of all segments of the population, especially the most vulnerable. Economic growth will be driven by household final consumption and private investment.  An effort is being made to keep public investment at an acceptable level, while managing public expenditure efficiently.

OF: Where do you expect to see Togo in five years from a development perspective?
STKA: Over the next five years, Togo wishes to position itself as a logistics hub of excellence in the sub-region (driven by changes brought about by the implementation and operation phases of the projects aligned with the NDP). This will require us to continue to reduce poverty through social projects such as the improvement of the water supply, the construction of school buildings in rural areas, the construction and rehabilitation of health centers and the development of rural roads. It is imperative to achieve or exceed the objectives set within the framework of the NDP.

Please note: The above is an edited version of an interview conducted by email.

Regional Program for the Integration of Agricultural Markets (PRIMA)

Promotion of LPG Cooking Solutions and PAYGO Solar Systems in Burkina Faso, The Philippines and Togo