The wondrous world of Baya 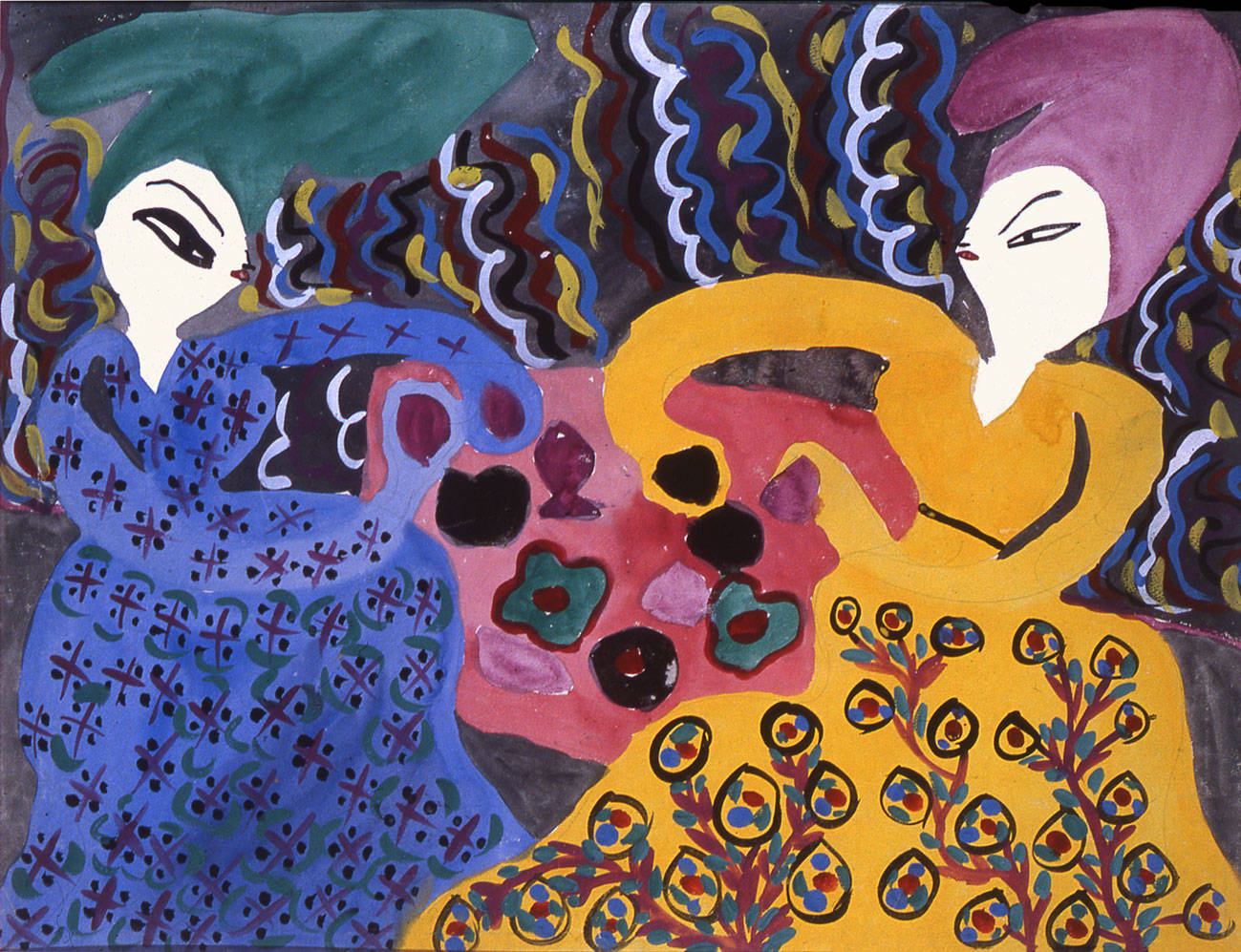 Though celebrated in Algeria, France and the Middle East, Baya (as she chose to be known) has yet to gain greater international recog­nition. Perhaps her background or initial association with mid-century luminaries such as Pablo Picasso, Andre Breton and Jean DuBuffet discouraged broader or more dedicated consideration of her work.

A new exhibition redresses this oversight. Baya: Woman of Algiers – on view at New York University’s Grey Art Gallery, January through March – is the first solo show of Baya’s art in North America. Comprising 22 gouache paintings from her 1947 Paris debut, it was curated by the French American scholar Natasha Boas, who recasts Baya’s legacy within critical, contemporary, feminist

Largely self-taught, Baya is not an artist whose intentions are readily apparent. Her brilliant colors, boldly-patterned shapes and fluid lines reflect her own complex cultural inheritance – Kabyle, Arab, Islamic and French. The idyllic, fertile, feminine scenes she paints are expressive and imaginative but nonetheless circumscribed. Men are nowhere to be seen; possibly even excluded from Baya’s world.

Big, open eyes are a recurring focal point. Earlier critics, such as the late Algerian novelist Assia Djebar, have described this female eye of Baya’s as a ‘liberated’ one. It can be read as a reversal of the male gaze – a prominent theme in Western figurative art – as well as a subversion of traditional Islamic art, which rarely depicts the human figure. Resembling the Arabic letter for ‘H’, Baya’s eye can also be identified as the Egyptian Horus or hamsa eye, worn as a good luck charm throughout the Arab world.

“Baya’s unclear delineations, indeterminate locales, closed spaces, and floating objects lacking per­spective or volume invite us to think more broadly about borders and boundaries: Where does the natural female body begin and end before it becomes cultural?” asks Boas.

In looking back on modernist art history from today’s vantage point, Boas concludes that the most significant function in Baya’s work may be her step into the visible. “Removing the veil of invisibility, Baya upholds the right to see and the knowledge that seeing means being visible,” writes Boas. “Being exposed to being seen is what Baya’s women do.”

Baya’s works can still be seen in the collections of the National Museum of Fine Arts in Algiers; the Arab World Institute in Paris; the Picasso Museum in Antibes; the Collection of Art Brut in Lausanne, and the Barjeel Art Foundation in Sharjah. 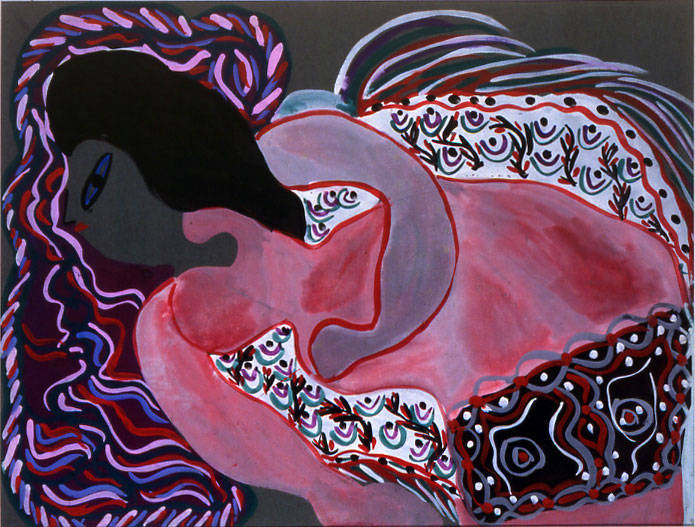 As published in the April 2018 issue of the OFID Quarterly