Sustainable Transport: A Solution On Many Roads

More than just electric cars, rethinking how the world gets around can also address climate change 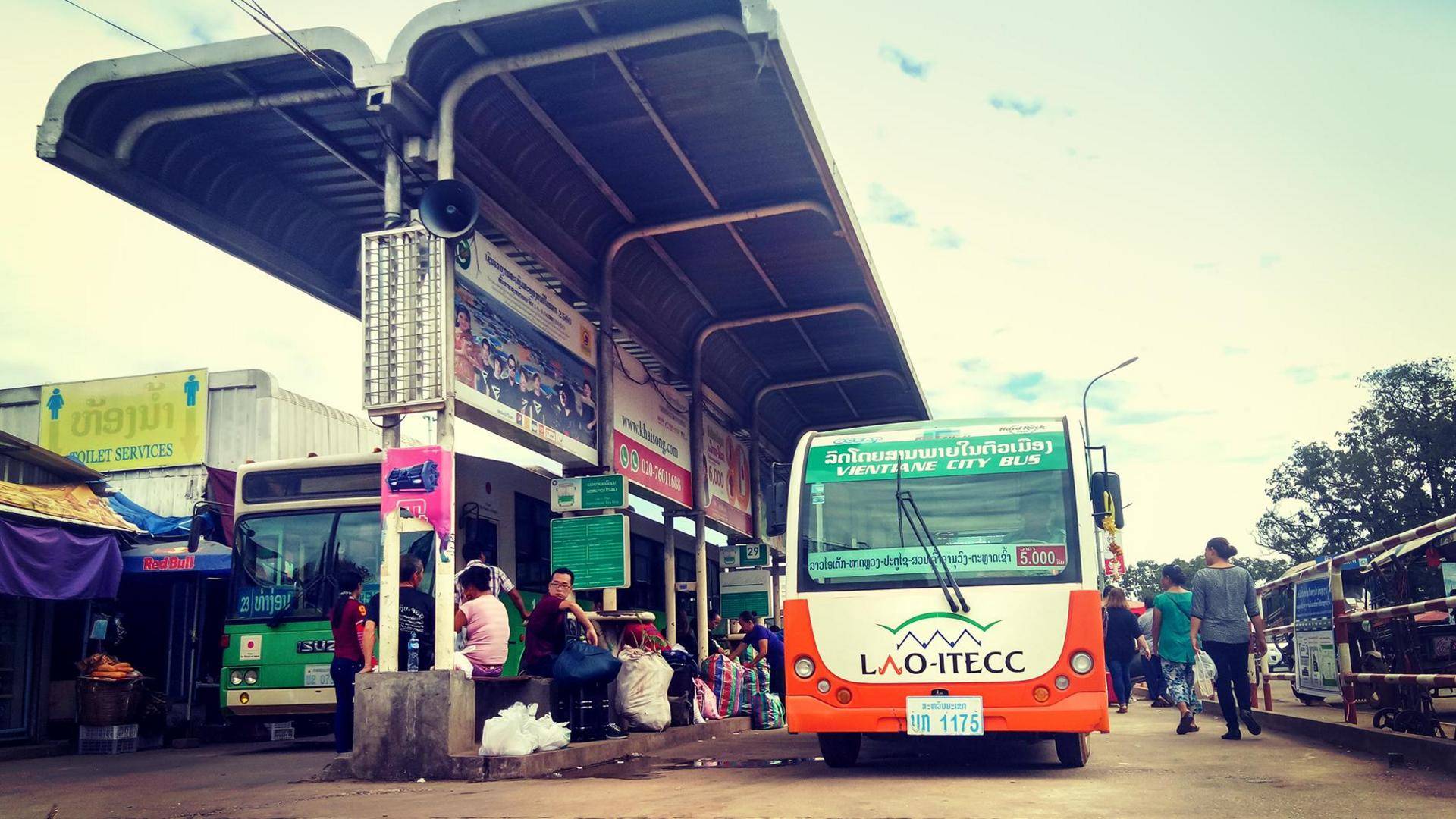 In those days, horse-drawn carriages along railways were the primary way to get around the city. With horses, comes manure… and lots of it. With manure comes a whole host of externalities: poor public health, unsavory smells, irregular cleanup services, and of course, slower transit speeds. In a way, the challenge Waring had to solve was what to do when a transportation system became too popular.

The solution was not to build a better horse but to come up with a multi-pronged solution. Waring, in his new position as commissioner of the Department of Street Cleaning, implemented a system of uniformed workers to regularly clean up the street and pushed for laws that would house horses in overnight stables, rather than the streets. The arrival of the “horseless carriage” not long afterwards finally put the horse carriage model of public transit out to pasture.

More than a century ago, technology and innovative thinking ushered in a new paradigm, changing from one way that was no longer sustainable to one that was. Today, the shift to sustainable transportation hopes for another large paradigm shift that will rethink how we, and our goods, get around, especially in a world that must be climate-friendly in order to avoid the externalities caused by the age of the automobile. As with New York City’s horse problem at the end of the 19th century, ensuring sustainable transportation in the 21st will require many different solutions.

A world dominated by the automobile may have seemed like science fiction to people more than 100 years ago, but the future of sustainable transportation does not look so strange with today’s eyes.

The United Nations Sustainable Development Goal (SDG) 11 aims to “make cities and human settlements inclusive, safe, resilient and sustainable.” Success in the sustainable transportation segment will come in the form of a significant increase in the “proportion of population that has convenient access to public transport, by sex, age and persons with disabilities. (SDG Target 11.2.1)”

According to the UN, transportation accounts for one-quarter of greenhouse gas emissions and more than 1.2 million people die each year in traffic accidents. Ninety percent of those accidents happen in developing countries.

In other words, wider access to safer roads and more efficient ways to travel are just as critical to reaching sustainable development and climate change goals as low-emission vehicles.

The most high-profile solution comes in the form of electric (or at least hybrid) vehicles. While companies like Tesla grab the headlines and the imagination, the reality is that electric vehicles (EVs) are sometimes priced out of reach for many consumers in advanced economies (let alone developing nations).

California recently announced a plan to phase out the sale of new internal combustion engine vehicles by 2035, a move similar to the European Union’s decarbonization commitments. The US state is a trendsetter when it comes to directing where the country’s auto industry will head, yet both European and North American car makers will have a long road to travel until EV adoption.

The International Energy Agency estimates that there are now over 10 million EVs on the road. An impressive-sounding figure, until you realize that this represents roughly 1 percent of all cars on the planet. EV sales may be growing year-on-year but to achieve net zero emissions by 2050, nearly all “light-duty vehicles” will need to be electric or fuel cell-powered in the 2030s. Challenges include making battery technology more efficient, as well as ensuring there is the necessary charging infrastructure in place. Another is obtaining the materials from all over the world, which are used to make the vehicle batteries. Cobalt and copper come from the Democratic Republic of the Congo, lithium reserves are mined in Chile’s Atacama Desert, Russia produces a fifth of the world’s high-grade nickel and China has major sources of natural graphite, rare earth elements and other critical EV commodities.

Yet much of the world lacks these essential connections. Convenient access to public transportation is a reality only for about half of the world’s city dwellers. According to the United Nations Department of Economic and Social Affairs, sub-Saharan Africa and the Central and Southern Asia regions are farthest behind, with only a third of urban residents living within walking distance of buses, trams, trains, or ferries.

“Sustainable urban transport allows everybody regardless of age, financial resources, or physical ability to access the wealth of urban opportunities available to them,” said Mohamed Mezghani, Secretary General of the International Association of Public Transport, speaking at last year’s UN Sustainable Transportation Conference.

By not creating dedicated space for public transit such as special lanes only for buses, private vehicle use is essentially being subsidized as public real estate provided freely for private use. Allotting a place for mass transit and other alternative forms should play a key role in the design of any place’s transit plans.

“We need to make sure this is a natural decision of our policy makers, and not one that needs political courage,” Mezghani said.

In Vientiane, the capital city and economic center of Lao PDR, a small percentage of roadways are paved and motorcycles are the primary source of transport. A project is now underway to create a dedicated public transport system with special lanes for buses and improved intersections.

What’s more, the project will also include a fare pricing structure geared towards making the transport services affordable to poor households, which will enable better and safer access to jobs and social services.

Any transit system will be affected by the layout of a particular community. Bikes are a lowcost, low-emission solution that work great over short distances, but less so for traversing large urban areas. Still, allotting dedicated space to mass transit, bikes and other small vehicles can go a long way to alleviating traffic congestion and the pollution that comes with it.

In Uganda, motorcycle taxis (or boda bodas) account for a significant share of the country’s motorized trips, in part because of their maneuverability in traffic as well as their ability to navigate terrain difficult for cars and trucks. However, the boda bodas, as motorized vehicles do, also produce harmful emissions. Bicycles, on the other hand, offer many of the perks of the boda bodas, with fewer of the disadvantages.

Without access to adequate transport, rural communities in sub-Saharan Africa are cut off from basic goods, services, and facilities. Intermediate means of transport – pack and draft animals, wheelbarrows and handcarts, bicycles, cycle trailers and tricycles, and lowcost, slow-moving motorized vehicles – are used widely in Asia, but are much less common in Africa. The World Bank has labeled this absence the “missing middle” of the rural transport system in Africa. Overcoming the factors that prevent the adaptation of lower-cost bicycles, for example, go a long way to reducing social inequalities.

A 2021 study in the journal Scientific African examined some of the factors that might shift use of the boda bodas to bicycles. The study’s authors found that besides the usual factors of creating dedicated space for bicycles and emphasizing safety aspects, peer influence and gender roles in certain regions of the country also play a role in bicycle adoption. To make cycling more feasible, the authors suggest prioritizing the improvements that address the perceived risks of cycling to encourage greater adoption across the genders. In an effort to offer sustainable alternatives to driving, Bogotá, Milan and Lima are just a few of the major cities that have made commitments to increasing bike lanes as part of larger climate plans.

Of course, none of these solutions would account for much without better roads to travel on. Anyone who has ridden a bike in traffic on a crumbling road can attest to the safety issues. And for anyone who moves goods from one place to another, time is money. In Uganda, traveling back and forth along a 41-kilometer gravel road from the country’s 10th largest city of Masaka to a landing site at Lambu is a massive undertaking, one that has recently been alleviated thanks to a new paved road.

“Before its construction, we always employed tractors to move our trucks, we used boats to move our trucks,” said Ugandan businessman Bukwo Hashim. “It would take us five hours to reach (the landing site at) Lambu but now it takes us around 40 minutes from Masaka to Lambu.”

Thanks to this improvement, businessmen like Hashim can transport their goods in a safer and more efficient way to and from the islands in Lake Victoria.

The same story is heard all around the world: when a road is upgraded, driving times take a plunge. When a road upgrade connecting the district capital Ayni, Tajikistan with the border with Uzbekistan was completed, taxi driver Valijon Solehov explained some of the other benefits.

“Before the road renovation, I had to repair my car every week, and it was expensive,” Solehov told the country’s Asia-Plus news outlet. “We could not increase the fare for passengers and we worked almost at a loss. Very few taxi drivers drove along this road at that time. Now everything is different, we save both time and money, fuel is consumed less. Fares have decreased, but we still do not lose. Everyone gains.”

Besides the obvious economic impacts, reliable and modern roads reduce overall emissions from the simple measure that vehicles spend less time traveling on them. Upgraded roads also confer social benefits such as providing easier access to health and education services.

The OPEC Fund provided a US$15 million loan in support of a project in Lao PDR’s capital city and economic center Vientiane that will include the construction of bus-ways, stations, road makings, signs, and the purchase of 96 buses. The new urban transport system will offer the nearly one million residents a safer and more reliable way to get around. The project will also create a single transport management body, which will also improve traffic management and promote accessibility for pedestrians and other non-motorized forms of transit, thereby reducing harmful carbon emissions.

The islands of Uganda’s Kalangala district had for a long time been served by a 41-km road connecting a ferry point with the mainland and the country’s 10th largest city. This gravel road was in poor condition and did not provide year-round service, essentially cutting off access to island residents depending on its condition. That all changed in August 2021 with the completion of a paved upgrade of the road. The OPEC Fund provided a US$15 million loan, or half of the total financing, to ensure the area is well-linked with the national road network and contributes to the economic prosperity of the country by providing a reliable connection with the islands and Lake Victoria.