How the Maldives is blazing a trail for energy transition 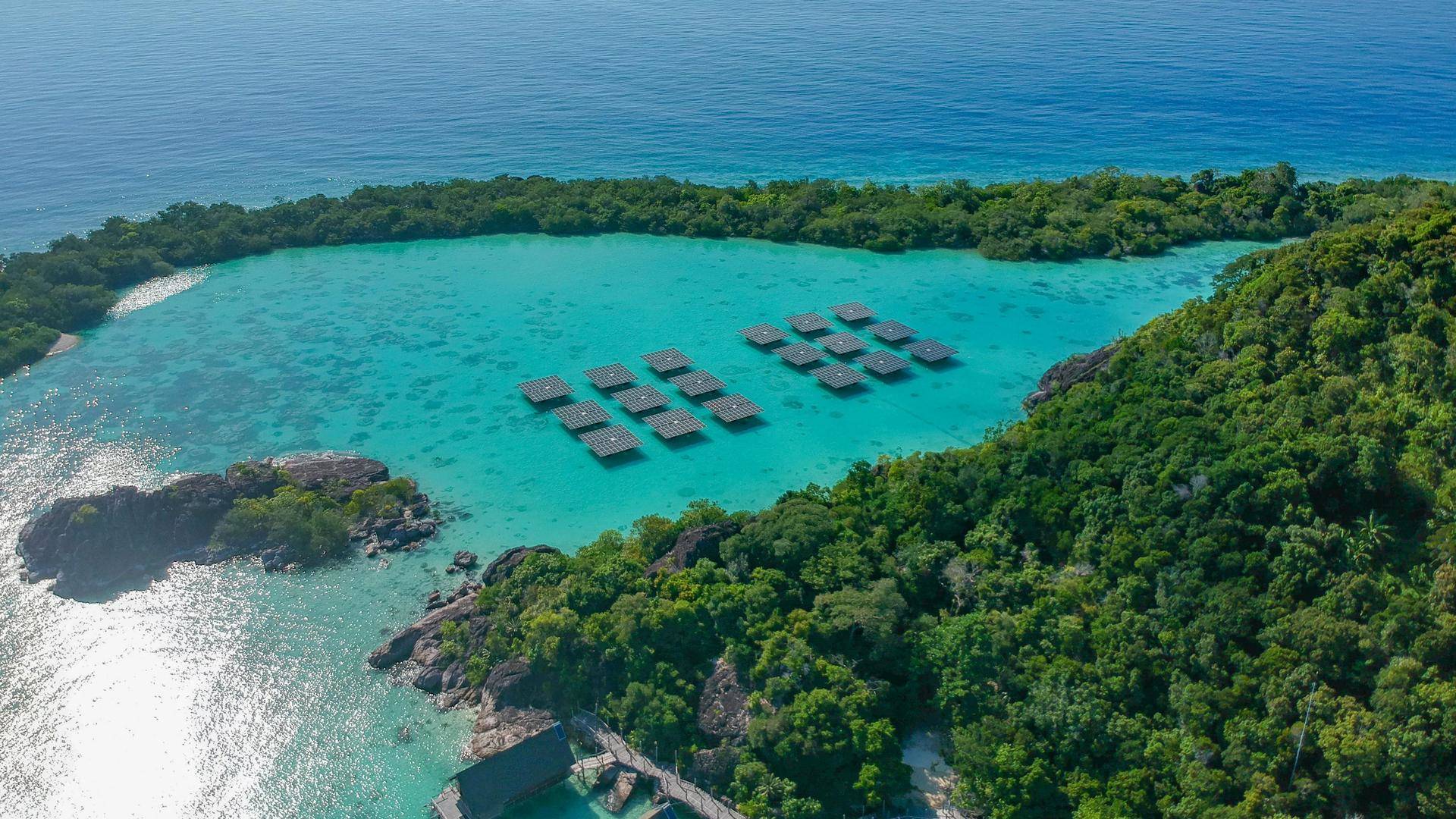 The Maldives are known as the quintessential holiday paradise. Pristine beaches, crystal-clear waters and year-round sunshine draw visitors from all over the world to this archipelago state. In 2019, the last year before the COVID-19 pandemic, a record 1.7 million tourists visited the 550,000-strong Maldives. When they returned to their accommodation, they enjoyed a well-tempered shower, treated themselves to a chilled drink and fixed the air-conditioning so they would wake up at a pleasant temperature the next morning.

However, this comes at a price. All these amenities need electricity. At present, the island state has about 200 hotels, each with an annual consumption of 1-2 MW, mostly for air-conditioning and desalination for freshwater. For the generation of electricity the Maldives are dependent on fossil fuels. As a nation of hundreds of tiny islands scattered around the Indian Ocean the Maldives do not have a universal electricity grid supplying the archipelago with electricity. Instead the country is heavily reliant on imported diesel with consumers from hotels to schools and shops to public buildings forced to secure their own supplies. The consumption of diesel of a typical hotel resort runs from two million to four million liters per year.

This dependence on hydrocarbons is economically risky and has massive ramifications for the environment that today are universally acknowledged. Fossil fuels are the main drivers of climate change which has become an existential threat particularly for small island nations.

In October 2019, the Maldives government attracted widespread attention with a cabinet meeting underwater which sent an “SOS” to the international community: “We must unite in a worldwide effort to halt further temperature rises,” the government said. “Climate change is happening and it threatens the rights and security of everyone on Earth.”

The reliance on fossil fuels is all the more stupefying as the Maldives, in theory, with year-round sunshine, storm-free weather and stable temperatures would be ideal for alternative sources of energy such as solar. In theory. Because in reality the lack of land for a long time restricted the use of solar power to the installation of a few solar panels on the rooftops of buildings.

All this changed when Martin Putschek, an Austrian entrepreneur with a PhD in Physics, visited the Maldives in 2009 and immediately realized the potential for floating solar plants. It was a journey of five years from the first stroke of inspiration to the delivery of the world’s first marine-grade floating solar power system in 2014 called “Solarsea”. Wolfgang Putschek, Martin’s brother and CFO of their joint company Swimsol, says: “It was, and still is, a permanent learning curve.”

Once Swimsol was confident they could master the technical challenges, the company launched a highly competitive business approach. “First we had to convince potential clients that our technology works”, Putschek remembers. “Then we had to address an even more delicate issue: the price.” Swimsol developed two offers: Under the first option, Swimsol owns the solar system and sells energy to the client at a fixed rate. “We offer long-term power purchase agreements that are always cheaper than diesel fuel and transfer ownership of the system to the customer for free after 15-20 years,” Putschek says. The second option is a turnkey project where Swimsol builds the full system and eventually sells the complete plant to the client.

From the first pilot in 2014 until today, Swimsol has enjoyed steadily growing demand for its solar facilities and today runs 44 projects in the Maldives ranging from rooftop panels to floating installations with an installed peak capacity of 14.3 MW. Swimsol is also branching out into new markets such as the Seychelles, Indonesia or Malaysia. The company is reaching high: “In the next 10 years we are aiming at halving the annual consumption of diesel which currently amounts to 400-500 million liters in the Maldives”, says Putschek. This would require the installation of an additional 500 MW solar capacity. Investors are able to claw back the current price of a Solarsea plant of US$3-5 million within 10 years.

The plans for expansion will require additional funding. The company with currently 55 staff (35 in Vienna and 20 in the Maldives) is already cooperating with the Austrian Development Bank (OeEB) and the Swiss impact investor responsAbility. For the future Putschek could also imagine a partnership with the OPEC Fund, building on the development institution’s longstanding engagement with the country: “Especially when it comes to public sector projects such as schools or office buildings, this could definitely be an option”, he says.

Ambitious as the Swimsol plans sound, the omens are favorable: the sharp decline in the price of solar panels has dramatically increased the competitiveness of photovoltaic plants in recent years; the conditions for the operation of solar plants in the Maldives and similar regions along the equator are ideal; current geopolitical events have led to a global reassessment of the dependency on fossil fuels; and the clock for climate action is ticking louder and louder. As the French novelist Victor Hugo put it: “Nothing is more powerful than an idea whose time has come.”