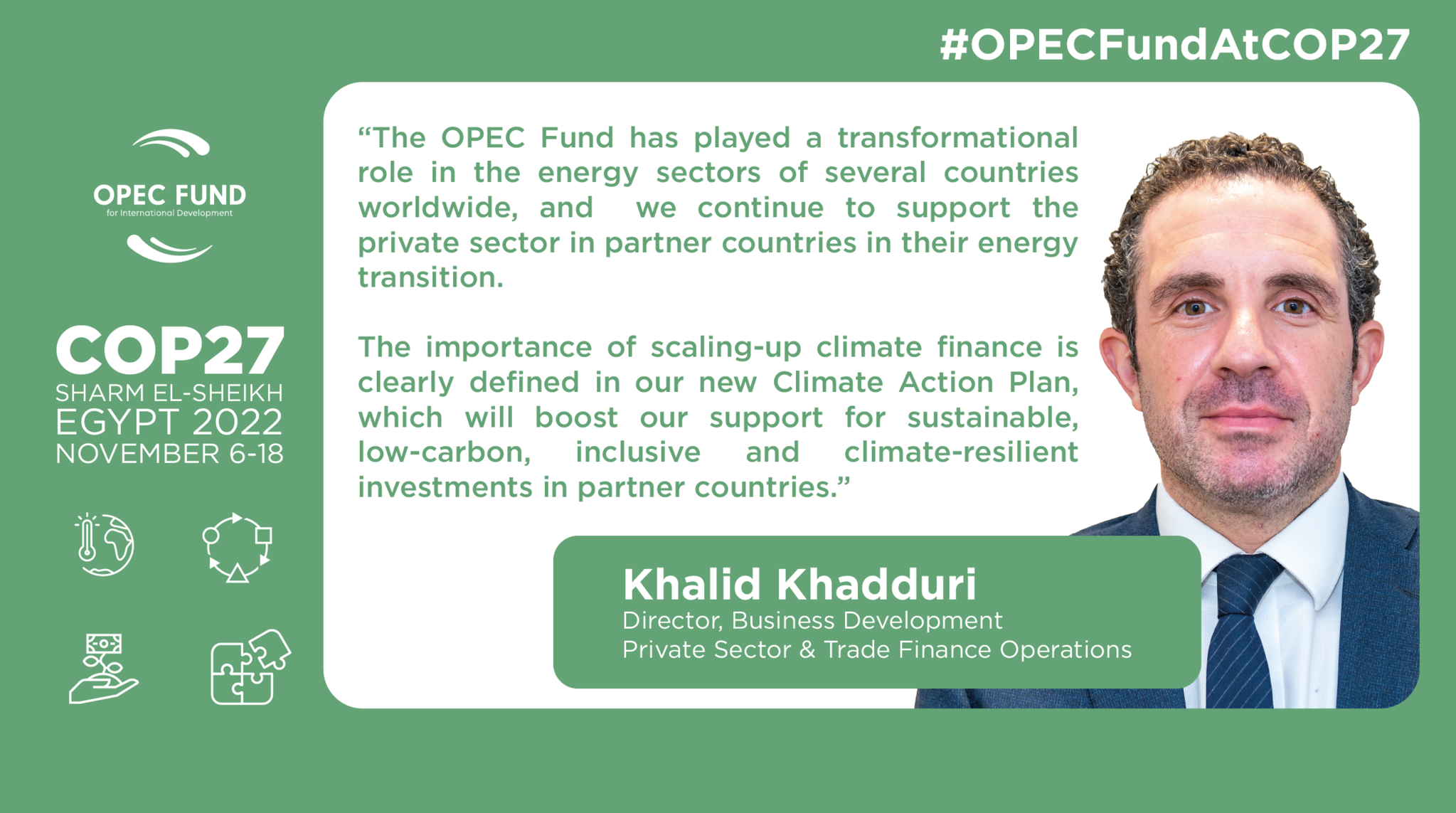 How are our private sector projects contributing to climate action? How exactly are they improving the lives of local people?

Even with the recent, rapid increase in private sector investments, the demand for climate finance remains huge. Just how large remains to be seen, however, as there is still uncertainty surrounding the long-term needs of climate adaptation and mitigation.

The OPEC Fund has played a transformational role in the energy sectors of several countries worldwide, and we continue to support the private sector in partner countries in their energy transition. In 2013, we helped Jordan finance its first privately owned renewable energy facility — a wind energy farm — displacing an estimated 235,000 tons of carbon emissions a year. This was the first commercial utility scale wind project in the Middle East.

We continued to support the renewables space in Jordan with our investments in the Seven Sisters Solar Projects (comprising seven solar plants) and most recently via the Baynouna Solar Energy Project, which has helped provide 160,000 homes with clean and sustainable energy and displaced 360,000 tons of CO2 emissions, producing close to 4 percent of Jordan’s annual energy consumption. Close to 70 percent of the project workers are from local communities.

Covering everything from transport to power, sustainable infrastructure is infrastructure that has been designed, financed and implemented in a way that supports economic, social and environmental sustainability.

The importance of scaling-up climate finance is clearly defined in our new Climate Action Plan, which will boost the Fund’s support for sustainable, low-carbon, inclusive and climate-resilient investments in partner countries and is a continued key driver for the OPEC Fund going forward.