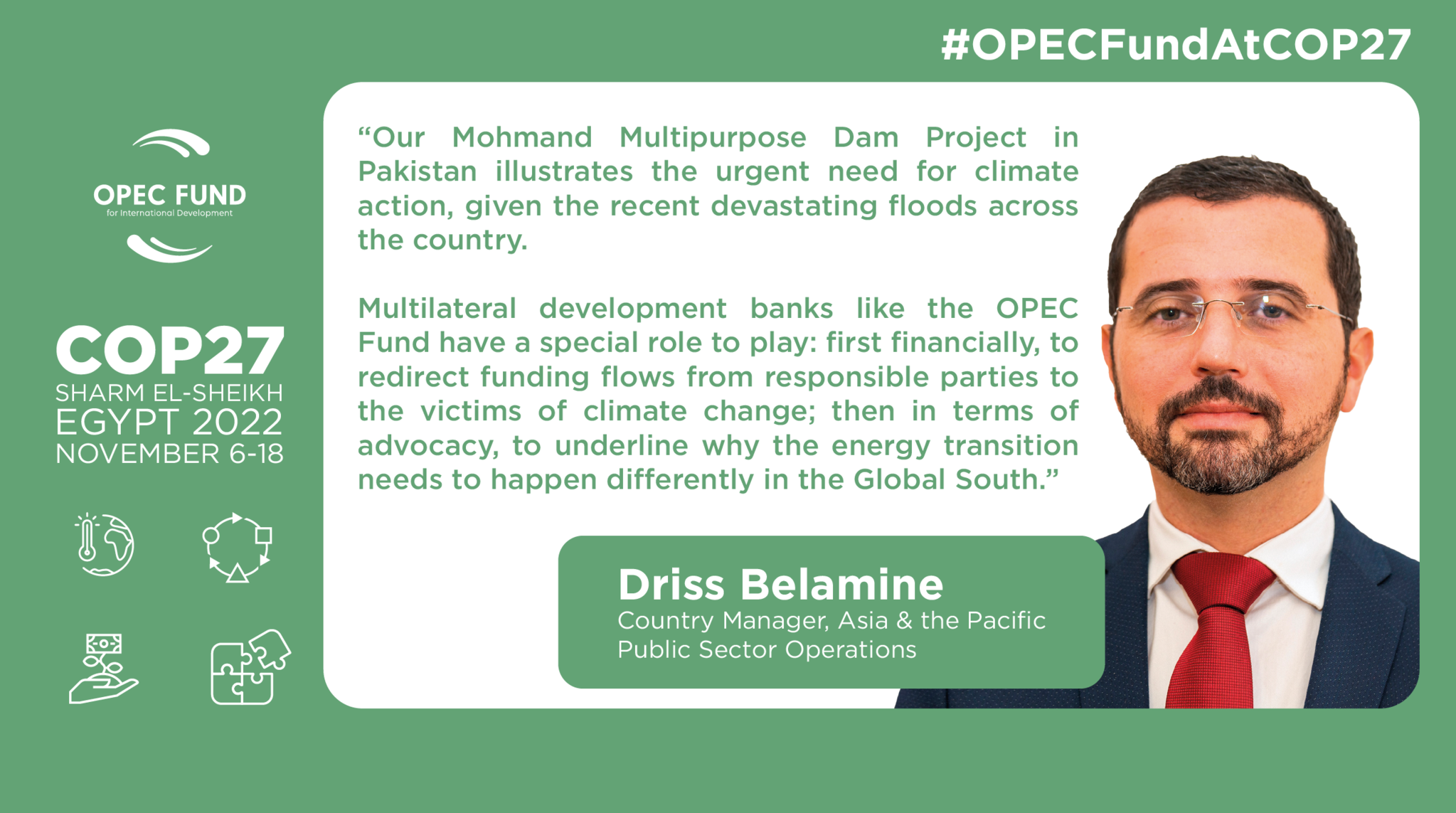 In Pakistan, how is our Mohmand Multipurpose Dam Project contributing to climate action? How is it actually improving the lives of local people?

The Mohmand Multipurpose Dam Project in the northwest of Pakistan is a good illustration of the urgent need for climate action, especially given this summer’s devastating floods across the country.

As the title suggests, this project has multiple objectives — of which several are linked to the climate challenge. It will generate clean energy, provide a sustainable supply of water for irrigation and human consumption, while also improving flood resilience.

The 2010 floods, which inundated a fifth of the country’s land mass and directly affected 20 million people, pushed this mega project to the top of the government’s agenda; indeed, this year’s floods would have been less deadly and destructive had the dam already been in place. Construction is set to be completed by December 2026, by which time the dam will be able to relieve flood pressures by around 40 percent.

In March 2022, the OPEC Fund approved a US$72 million loan in support of the project, which has a total cost reach of US$2.2 billion.

Supporting the energy transition is a global challenge, for which there is now a clear consensus. The keyword, however, is “just”. How can we ensure the transition is a fair process for all? How can we ensure the poorest do not bear the harshest costs and consequences? It is a complex task. All too often, those who are least responsible for CO2 emissions are the ones who suffer the most. This can be seen on various levels, both within societies and among countries.

MDBs like the OPEC Fund have a special role to play: first financially, to redirect funding flows from responsible parties to the victims of climate change; then in terms of advocacy, to underline why the energy transition needs to happen differently in the Global South.

In sum, with pragmatism, equity and innovative thinking, MDBs have a transformational role to play within a just energy transition.