Staff on COP27: Education is the key

What are you doing personally to ease the climate burden in your home city of Vienna?

We live in a typical Viennese Altbau, a very old and classical building, where we just have fans. We don’t want air conditioning at home, even though temperatures this year have been over 35°C by day and 25°C by night.

For me personally at home, it was important to choose a green energy provider because I knew that Austria is strong in hydropower, that it’s a renewable source of energy and, all things considered, the best option on a personal, societal and planetary level.

I’m also a big supporter of our recycling culture and our public transport system, both of which Vienna excels at. These things are well developed throughout the city and really add to our quality of life — which is said to be the best in the world, according to annual rankings. 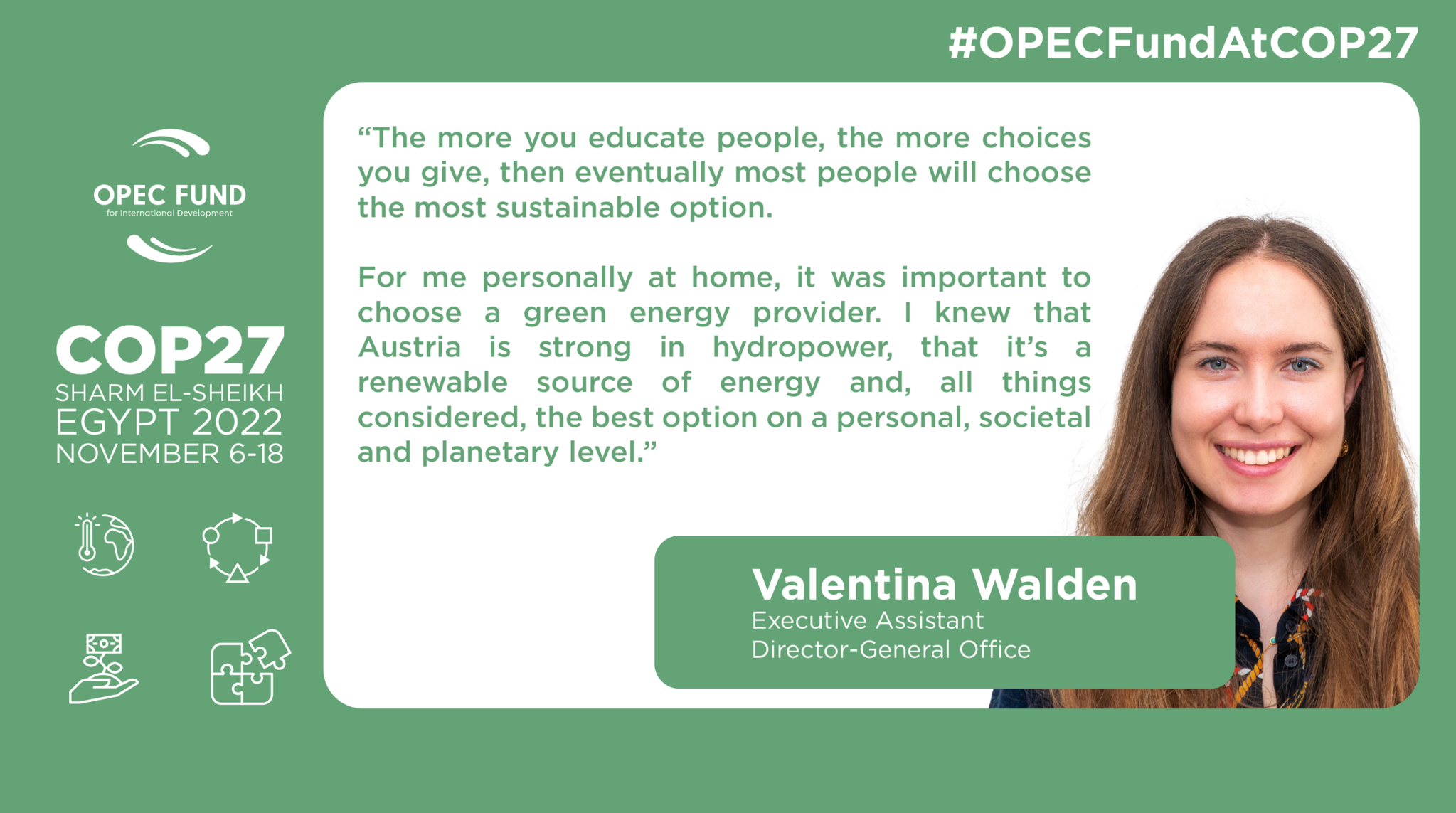