OFID is supporting the Cuban government’s goals of diversifying its energy mix and increasing the part renewable energy plays with a US$45 million public sector loan that will fund the Solar Energy Development project. 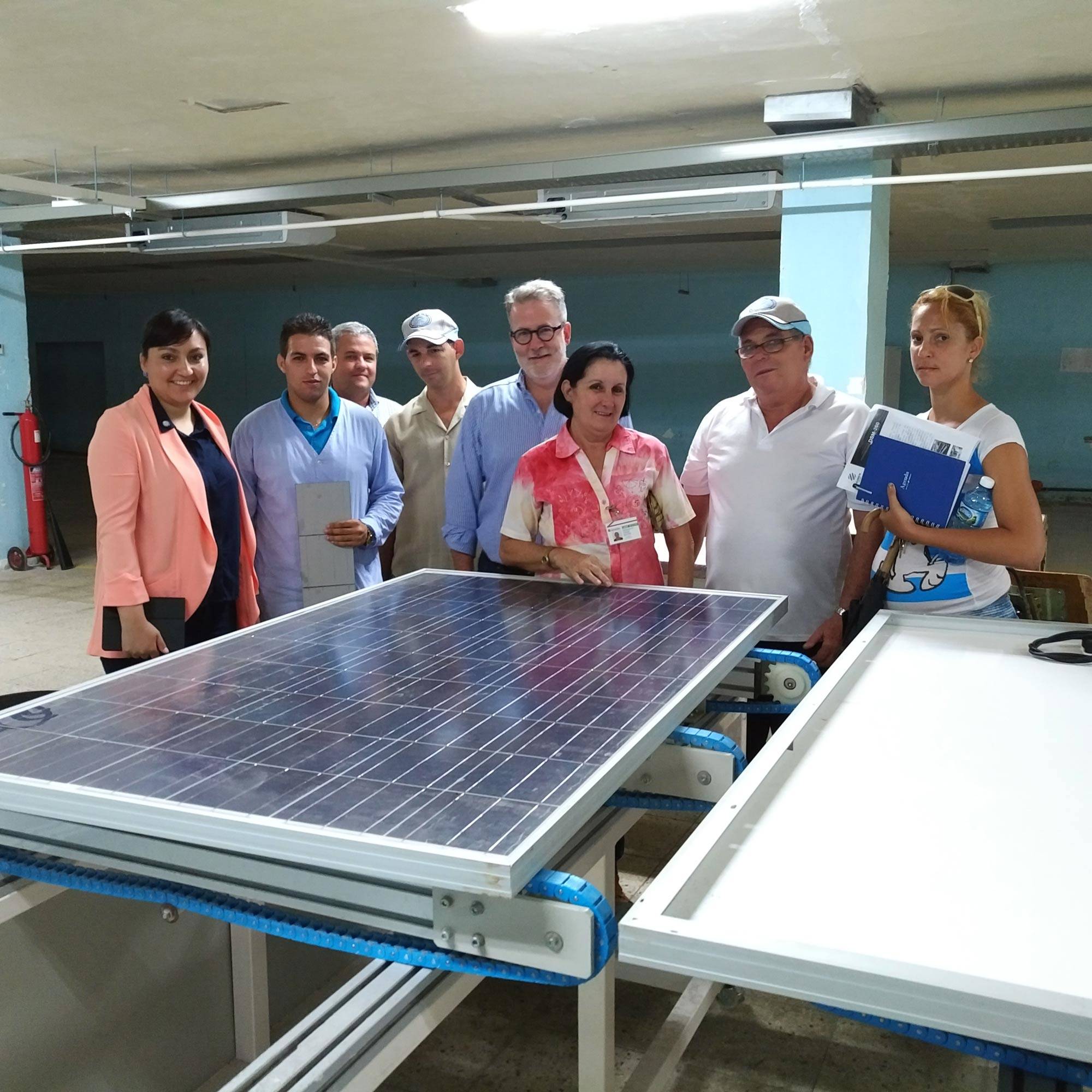 These aims are the cornerstone of Cuba’s energy policy adopted in 2014: to reduce the consumption and import of fossil fuels, lower electricity generation costs and help mitigate the effects of climate change.

The government plans to invest more than US$3.5 billion in the renewable energy sector to bring its share in the energy mix of around 4.7 percent to approximately 25 percent by 2030.

Owing to the successes of earlier OFID co-financed projects, the Cuban government approached the organization for support. For more than 15 years, OFID has worked closely with Cuba, having funded all three phases of a project that rehabilitated electricity networks in Havana. Other projects have modernized water and sanitation systems and upgraded irrigation schemes.

OFID’s Romulo Martinez, Senior Public Sector Operations Officer for Latin America, Caribbean and Europe region, talks about the partnership: “OFID places the energy­water-food nexus at the heart of its operations, an approach Cuba also embraces in its development strategies. We’ve enjoyed a cordial relationship with the country and the government has expressed its pleasure in OFID’s responsiveness and uncomplicated approach toward the implementation of its projects.”

The majority of the OFID loan will cover the renovation and pur­chase of new equipment for two facilities that manufacture photo-voltaic (PV) panels and solar water heater systems. Located in the Ciego de Avila and Pinar del Rio provinces, the factories are in urgent need of modernization.

This project component, says Martinez, will enable Cuba to become self-sufficient in producing what it needs to broaden solar coverage: “There will be no need to rely on imported finished products, and the facility expansions will lead to more jobs. The solar panels are suitable for both for domestic and com­ systems and for distribution throughout the country. It’s a win-win situation.”

The output will increase coverage to some 130,000 people. In order to encourage the transition to solar energy, the Cuban government is heavily subsidizing the cost of the PV panels and solar heaters.

The anticipated environmental benefits are impressive: a reduction of over 26,000 tons of CO2 emissions and savings of around 8,900 tons of fossil fuels (once the new infrastructure is connected to the national grid).

Additionally, the infrastructure will generate electricity for an important underground water reservoir in Las Tunas Province, where works are planned to rehabilitate water supplies in a new phase of an earlier project co-funded by OFID with a US$17 million loan.

“We look forward to furthering our cooperation and contributing to the new phase of this important water supply project,” says Martinez.

The loan agreement was signed at OFID’s Vienna headquarters on March 1 by OFID Director-General Suleiman J Al-Herbish and Marieta García Jordán, Chargé d’affaires of the Embassy of the Republic of Cuba in Vienna.

At the ceremony, Al-Herbish said: “Improved access to energy is critical for development, and the alleviation of energy poverty underpins the achievement of Agenda 2030 and the Sustainable Development Goals.

Our energy-water-food nexus approach to development recognizes the complex interlinkages between and within sectors. This project fits with our strategic priorities and we are proud to help improve living standards for the people of Cuba.”

García Jordán thanked the Director-General for OFID’s support which began in 2002 and comprises a total of US$228.5 million in public sector lending, of which US$77 million has been directed to the energy sector.