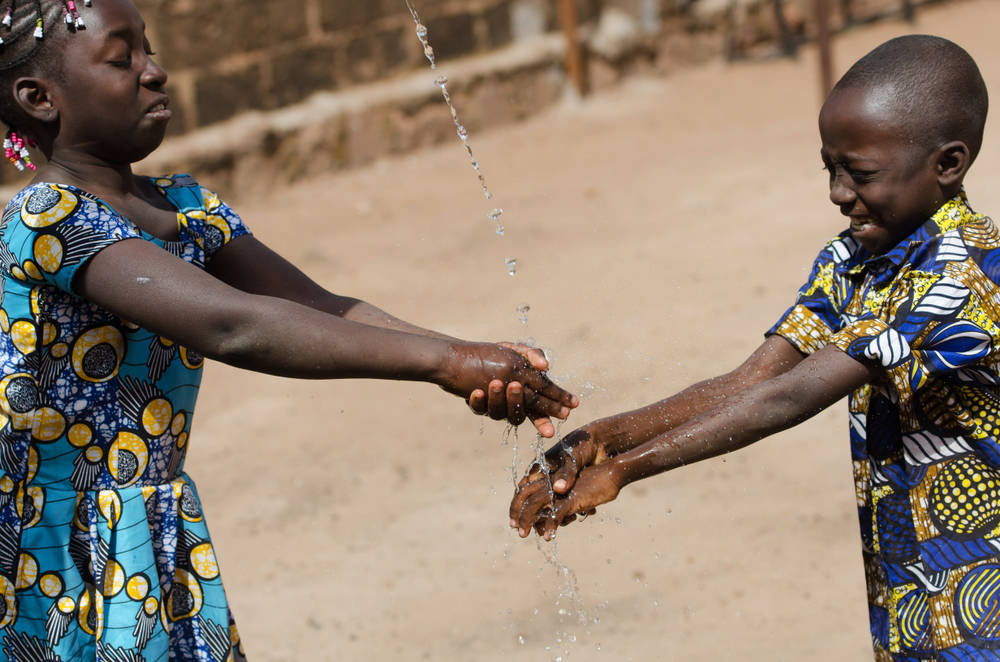 Hygiene, water and sanitation are basic necessities for good health. In Sierra Leone, where people have to walk for kilometers to fetch drinking water, OFID, in partnership with the African Development Bank (AFDB) is working with the government to realize a Three Towns Water Supply & Sanitation Project.

The project targets rehabilitation of damaged and dilapidated water supply facilities to improve access to safe water supply services in urban and semi-urban areas. Beneficiary communities are the residents of Bo, Kenema, and Makeni, which currently have low access to clean water. The project will seek to improve sanitation in schools, health centers and other public places such as markets and motor parks.

Sierra Leone experienced a civil war from 1991 to 2002. The decade-long war worsened poverty across the country. About 80 percent of the population lives in absolute poverty and only 34 percent have access to safe water and sanitation.

Traditionally, fetching water is considered a task for young girls, who spend their time trying to obtain water rather than attending school or doing something more productive. The shortage of safe water profoundly affects children’s chances of survival. Sierra Leone has a high level of infant mortality (some 283 out of every 1,000 children die before the age of five). Diarrhea, malaria and acute respiratory diseases pose the greatest danger. There is, thus, a desperate need throughout the country for water, sanitation and healthcare services to help prevent tragic deaths.

Bo, Kenema and Makeni, with a total population of 496,000 (representing 10 percent of the population of Sierra Leone) were selected on the basis of low service as a result of widespread destruction of facilities and rapid population growth during the years of war and thereafter. The choice of the three, which are regional capitals, is also based on their importance as political, economic and cultural centers. Access to safe water supply is available to less than 5 percent of the population in these towns. In a comment, Ms. Mona Alessa, OFID’s backstopping officer for the project disclosed that the project aimed at improving access to safe water supply services in these cities from current levels of less than 5 percent to 50 percent by 2015.

Health statistics in the three towns show a high incidence of waterborne diseases including cholera, typhoid and diarrhea, especially during the rainy season. It is expected that the project will also result in improvements that, in turn, would lead to a decrease in the healthcare cost.

According to Ms. Alessa, cross-cutting benefits of the project will include improvements in living conditions and public health in the cities with the associated gender impact such as improvement in girls’ education and women’s economic activity. Alessa says the project, when complete, would reduce the time that women and girls spend in collecting water. The project will equally promote community involvement in the management of water and sanitation and include specific measures to enhance women’s participation and voice. It will enable access to pipe-borne water in the three cities and introduce a Revolving Social Connection Fund that will provide loans for house connections for the poor, who cannot afford the required high connection fees. Currently, only about 12,000 people in the three cities have access to pipe-borne water. The project will bring this to 248,087 people by 2015.

Beneficiary communities will also be involved in the project either as water kiosk operators or as members of “water-user committees.” Better hygiene and health conditions will empower and activate the community. Adequate supply of clean water will contribute to the improvement of the country’s economy – reduction of water-borne and other diseases will lead to an increase in life expectancy; and healthier people are in a better position to contribute to the economy and the development of their country.