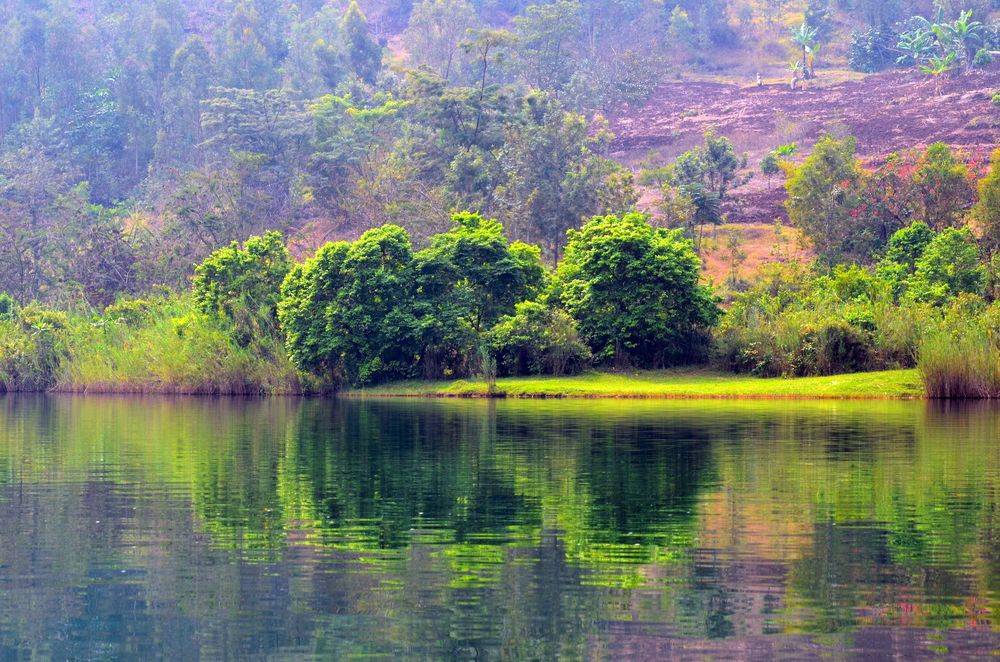 With its wealth of peaceful landscapes, modern Rwanda is light years away from the war-torn country of the 1990s

Rwanda has shattered countless stereotypes, rising like a phoenix from the ashes of a devastating civil war to create a new identity that pulsates with promise. OFID has been a key partner in the country’s reconstruction, including the resettlement of refugees.

The “umuganda,” which translates as “all united by a common purpose for the same result,” occurs on the last Saturday of each month. It is an old rural tradition, adjusted for modern times, which requires every Rwandan aged between 18 and 65 to participate in the cleaning up of neighborhood streets and sidewalks. That day, traffic is prohibited and stores do not open until noon. By working as a community, individuals strengthen the sense of reconciliation and unity.

Ilham Al-Gadhamsi, OFID country officer for Rwanda, recalls her visit there last year: “I did not see a single person, man or woman, sitting idle. If they weren’t carrying products or sweeping the streets, they were weeding the immaculate lawns with their bare hands. In fact, the streets of Kigali were so clean, the green areas so well kept, that I immediately understood why Rwanda is also known as the ‘Switzerland of Africa.’”

But cleanliness is not the only indication of the transformation wrought in a country infamous for a 100-day genocide that claimed up to one million lives, left millions more displaced and destroyed the entire social and economic fabric of a nation. Today, 21 years after that horrific blot on its history, Rwanda is a model of stability and posted an economic growth rate of 4.7 percent in 2015.

This stability is underpinned by the government’s close alignment with the Rwanda Development Board, which aims to transform the country into a dynamic global hub for business, investment, and innovation. It has been so successful that the World Bank recently ranked Rwanda 62nd out of 189 countries for regulatory quality and efficiency. In sub-Saharan Africa, only Mauritius—at 32—is ranked higher. The average ranking across the sub-region is 143.

OFID support offered to ease the life of refugees

With foreign aid representing approximately 40 percent of its annual budget, Rwanda is a highly aid-dependent country. While external support has been used with a remarkable degree of effectiveness, the government is committed to reducing this dependency over the medium term.

OFID’s cooperation with Rwanda dates back to 1977 and has included assistance to the country’s socioeconomic development, as well as efforts to repair the immense damage caused by the conflict. In 1999, OFID joined forces with the International Fund for Agricultural Development (IFAD) to co-finance the Umutara Community Resource and Infrastructure Development Project. OFID later participated in the second phase of the same project.

The province of Umutara, a former wild game reserve, was created specifically for the resettlement and reintegration of refugees and victims of the war. Originally conceived as a livestock and rangeland development project, a pre-appraisal of the area highlighted the critical need for potable water and transport infrastructure. Both factors were considered of high priority for the sustainability of the project, which was designed to improve the productive capacity of agricultural communities.

Anajulia Taylhardat, OFID regional director for Latin American, the Caribbean and Europe, was the officer in charge of the project at the time. “OFID’s contribution was channeled in support of the infrastructure component, which comprised rural water supply and roads. As part of the program, we also contributed to community development and capacity building,” she explained.

The water supply component involved the drilling of some 800 boreholes to serve approximately 40,000 households, and the construction of 600 hand pumps and 100 roof catchment systems. During the second phase of the project, 30 valley dams were rehabilitated, 14 new ones were constructed, and 69 new boreholes for 88,000 head of cattle were established.

The transport component comprised the construction and upgrading of over 450km of farm-to-market feeder roads to provide every farming household with access to an all-weather road within 5km. These roads made possible the flow of inputs such as seeds and fertilizers to farms and the subsequent output of produce to market, generating huge economic benefits for the returning refugees and other settlers.

The wider project, which took a participatory, community-based approach, helped to promote technology generation and transfer and set up microfinance institutions, all as a means of supporting small and medium-size enterprises for income diversification and employment generation. Special emphasis was placed on the participation of women. The total number of beneficiaries was estimated at 500,000 people.

Anajulia Taylhardat describes Rwanda— the most densely populated country in Africa— as a “gem” in terms of engaging in the development effectiveness arena and taken strong country ownership of development support, “which is benefiting the entire Rwandan population.” Although poverty levels remain high, the Umutara project was the first step toward achieving the position that the country holds today.

Deservedly, OFID shares the “Umuganda” feeling. The organization’s commitment is embodied in the support it has provided throughout the years to almost 50 projects in areas as diverse as transport, energy, water, agriculture, health and education, as well as the development of small and medium-size enterprises.

Through its close association with the country, OFID has witnessed the rebirth of a nation. Rwanda is also a good example of how aid put to good use can achieve its intended purpose: sustainable development and poverty reduction.