Power to the people

For communities hard to reach, efficient electric lines and mini-grids could be transformative 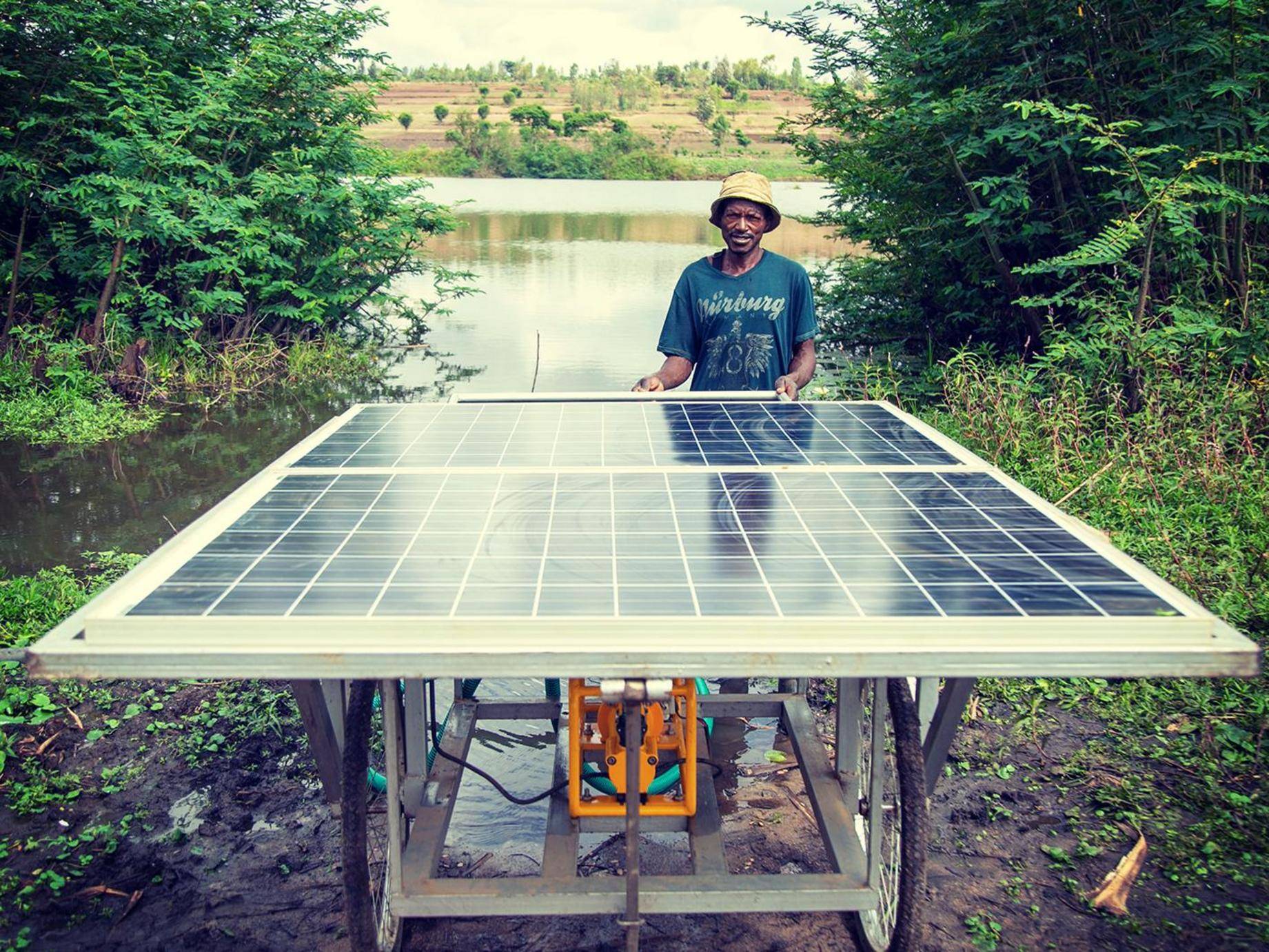 When we think of development impact, images of brand new hospitals or shiny new schools may spring to mind.

The United Nations Sustainable Development Goal (SDG) 7 aims to “ensure access to affordable, reliable and modern energy for all by 2030”. This includes areas like universal access to energy, clean cooking and increasing energy efficiency.

Although great gains have been made in delivering energy access for all, the numbers remain dire, especially in the wake of the COVID-19 pandemic which reversed years of steady progress.

Often the unsung heroes among development projects are the ones that make many other projects possible: how to get that energy to more people.

No matter the energy source, electricity still has to travel from the power plant to the end user. Yet many places in the developing world lack efficient transmission and distribution systems; much of the precious energy is lost when travelling long distances.

If the developed world is struggling to keep up, developing areas need special assistance.

Some regions of Nicaragua, for example, have good coverage rates in some areas of the country while having a substantial portion of the population living off-grid. Over the next few years, demand is expected to increase, the country’s renewable energy resources need to be more fully utilized, and a reliable link to the regional electricity market needs to be established, all of which the transmission system will need to handle.

Recent investments (see Factfile box below) in the country’s transmission network aim to address these areas as well as provide the necessary catalyst to create better living conditions and stimulate socio-economic development.

Yet what about places that transmission lines cannot reach, or where it is too cost-prohibitive at the moment to do so? This is where mini-grids come in.

Especially impactful in rural areas, mini-grids are small systems that generate their own energy, either through single or multiple sources, and distribute that power to the immediate area. By definition, they are completely off the main grid, serve a small area, and do not generate great amounts of gigawatts that a standalone power plant might.

What’s more, mini-grids offer a more climate-friendly solution as the solar and wind resources often used to power them reduce the reliance on diesel generators.

Localized generation distribution systems aren’t only convenient for many places, they’re also essential to achieving SDG 7. The World Bank estimates that mini-grids are the most cost-effective way to electrify nearly half a billion people over the next decade. Reaching SDG 7 would mean about 40 percent of all new connections over the next 10 years will need to come via mini-grids.

Mini-grids can also be more agile than larger grid systems in adapting to the needs of the remote areas they serve.

A recent study in the journal Cleaner Environmental Systems found that most solar mini-grids in Bangladesh have cost-effective installations, many of those have generation capacities in excess of local needs while others have underestimated the demand in their particular communities. The study’s authors treat each of these seemingly negative scenarios as opportunities. For systems that are producing more energy than needed, they recommend encouraging consumers to link consumption with economically and socially productive activities. On the other hand, mini-grids not producing enough can easily be scaled-up to meet demand in a cost-effective way. As the 2030 SDG deadline draws closer, the achievement of many of the goals, not just for energy, will come down to making the right connections.

In order to stimulate the country’s socio-economic development, the OPEC Fund has committed US$20.5 million in support of strengthening Nicaragua’s rural electricity transmission network. The project will see the construction of a new substation, the expansion of an existing substation and about 100 kilometers of transmission lines to connect the two. More than 300,000 people are expected to benefit, which includes 5,000 new end-users. Besides the everyday benefits of reliable energy for internet, mobile phones, or a reading light to study by, the project also promotes better health and reduced air pollution by providing an alternative to toxic fumes used by kerosene lamps.