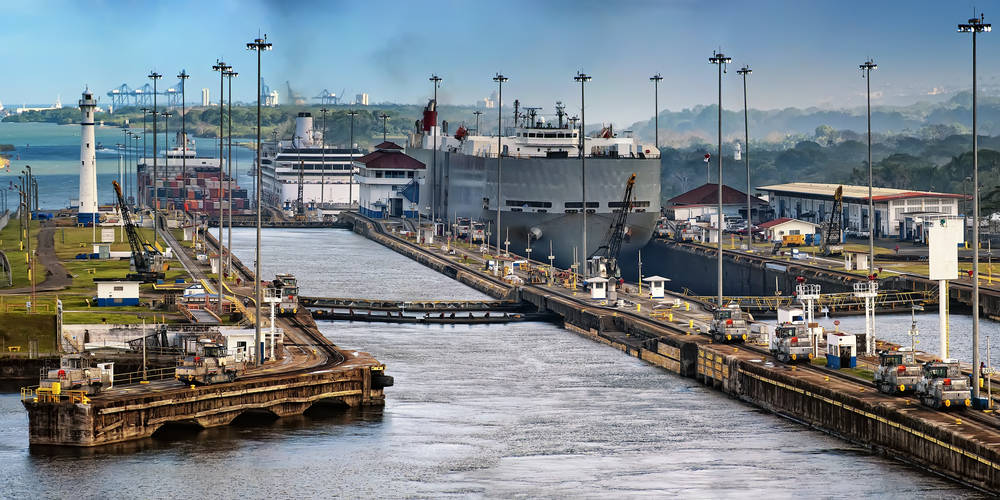 The first thing that catches the attention of visitors arriving in Panama City is the number of skyscrapers facing the bay formed by the Pacific Ocean. Some of these attain a height of 300 meters, making the Panamanian capital the ‘city of skyscrapers’ of Latin America.

With an open and stable economy, Panama is the headquarters of more than 150 international banks. Financial, tourist and logistics services account for 75 percent of the country’s GDP. The lynchpin of the economy is the Panama Canal, which is currently undergoing an expansion that is expected to be completed in 2016.

Each year, fourteen thousand vessels use the canal, which is the oceanic route for five percent of the world’s trade. In the area of the Panama Canal there are transshipment ports, free trade zones and rail facilities, as well as the largest hub for air passengers in Latin America. This has led to an extraordinary growth in tourism.

However, the development in infrastructure has increased the need for basic services such as water and sanitation. Until recently, access to sanitation services was available to only 49 percent of the population, making Panama among the least-served countries in the region.

Every day more than 140 million gallons of wastewater were discharged into the picturesque bay. During the rainy season, untreated wastewater would back up and cause flooding throughout the city. The modern skyscrapers of the capital were thus being developed on a bay contaminated with pollutants from domestic, industrial, transport and navigation sources.

The World Bank points out that Panama is a country of stark contrasts. A recent report highlights that economic growth in dynamic services and exports is among the highest in the region, climbing by 10.7 percent in 2012 alone.

The same report notes that these impressive economic achievements mask persistent inequalities, with approximately 30 percent of the 3.4 million population living in poverty. About three-quarters of the population is urban and largely concentrated around the Panama Canal.

Panama’s inequalities used to be reflected in the restricted access to water and sanitation services by the poorer segments of population. In 2008, although an estimated 84 percent of people had piped-in water, the supply was reliable for only about 70 percent of urban users. The remaining population had an intermittent service.

In addition, there was a significant deficiency in the quality and distribution of wastewater services, with less than 20 percent of water systems countrywide receiving treatment.

In light of these inadequacies, the water and sanitation sector became a development priority for Panama. The country’s five-year strategic national plan (2010–2014) included an allocation of some US$970m to build a wastewater treatment plant and to expand, rehabilitate and maintain the sanitation system of Panama City.

As part of the government’s commitments embedded in a list of so-called metas imperdonables (‘goals to be met with no excuses’), the authorities set out to increase access to water supply and sewerage connections to 40 percent in specific peri-urban areas of the Panama metropolitan area.

The Panama Metropolitan Area Sanitation Improvement Project was co-financed by the Andean Development Corporation, the InterAmerican Development Bank, the Japan Bank for International Cooperation, the European Investment Bank, the Panamanian Government and OFID. Among its objectives was the construction of a new main wastewater plant for the city.

Last year concluded the design and construction of the plant, and the official opening ceremony was on August 8, 2013. Located in the Panama City and Bay area, the plant services 21 municipalities with a combined population of 1.2 million people, which is around 35 percent of the country’s total population.

OFID country officer, Romulo Martinez, disclosed that a key element of the investments was the ingenious construction of a two kilometer-long and three meter-wide underground conductor tunnel, which crosses the city and channels most of the city’s wastewater to the new plant.

“Since the tunnel started to divert the pollutant effluents in March 2013, the waters in the area of the bay-front beach boulevard have cleared up noticeably,” he added.

Nowadays, Panamanians can enjoy a more coherent urban development, with a modern capital city supported by a much needed sanitation network and wastewater treatment plant.