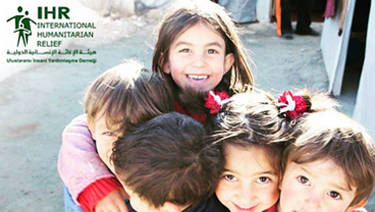 According to official data of United Nations High Commissioner for Refugees, there are presently over four million registered Syrian refugees, the majority of whom are in Turkey, Lebanon and Jordan. This number is expected to increase as Syrians are fleeing the escalating violence and are now seeking refuge in Europe. In this regard, Austria is allowing thousands of refugees, including Syrians and other nationalities, to seek refuge in its territories.

Austria’s main refugee facility in Traiskirchen is stretched well beyond its 1,500-person capacity, and is presently hosting about 4,500 individuals. Hundreds are therefore forced to sleep outdoors, including many children.

IHR provides assistance to populations enduring natural disasters and armed conflicts. Since its inception in 2011, IHR has supported affected Syrian populations, which includes providing shelter and protection to orphaned children, as well as essential supplies and food aid to displaced families.

As the cold weather season is rapidly approaching in Austria, the need for warm weather clothing is acute. OFID’s US$20,000 grant will thus be used to help provide these items, especially for those lacking adequate shelter.