Jordan on track for energy

As published in the 2019/4 issue of the OPEC Fund Quarterly. 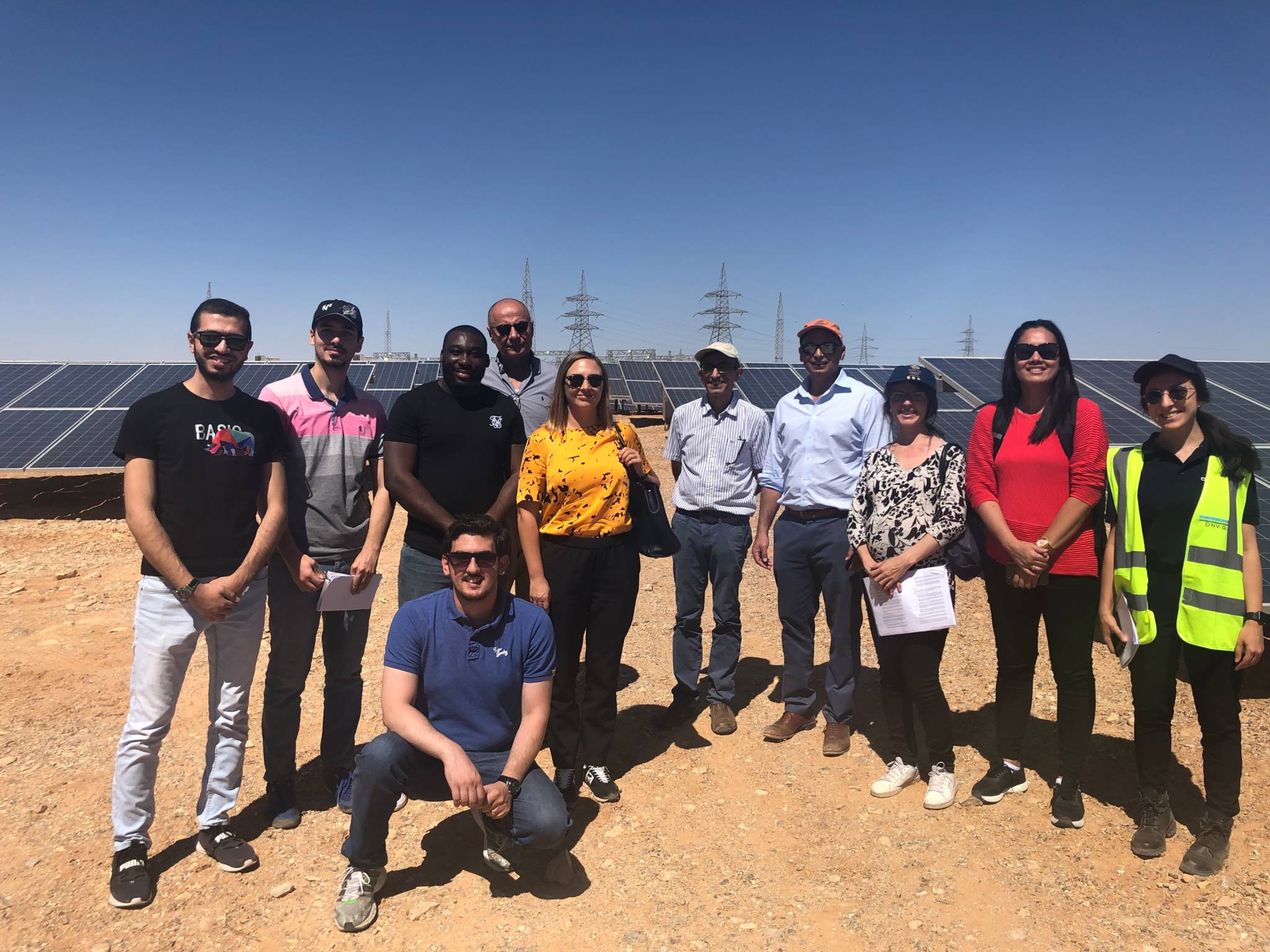 During her recent mission to Jordan, Private Sector Officer Cynara Salmans (second from right) conducted a supervision and lenders’ meeting to review current developments of portfolio projects co-financed by the OPEC Fund. Salmans toured the Baynouna plant as well as other project sites.

Jordan is well on its way to reaching an important 2023 target of generating 20 percent of total electricity capacity via renewable energy, thanks to its partnerships with development finance institutions (DFIs) such as the OPEC Fund and the International Finance Corporation (IFC).

Located in the Al Muwaqqar district, around 30 km southeast of the Jordanian capital Amman, the Baynouna solar PV power plant is considered the largest in Jordan and one of the biggest in the whole of the Middle East.  Once fully operational –expected by the first quarter of 2020 – the facility is anticipated to displace an estimated 360,000 tons of CO2 per year.

In 2017, the IFC, lead arranger of the Baynouna project, invited the OPEC Fund to participate in a syndication to finance the development, construction and operation of the plant via a US$17 million term loan (from US$235 million total financing). The 248 MW facility is being developed by Masdar, Abu Dhabi Future Energy Company – a leading developer of renewable energy projects in the Middle East and North Africa.

Says the OPEC Fund’s Assistant Director-General, Private Sector and Trade Finance Operations, Tareq Alnassar: “We’re pleased to support the government of Jordan’s renewable energy targets. This high-profile project helps demonstrate the important role the private sector can play in supporting the development of infrastructure and also highlights the importance of partnerships. The OPEC Fund is fully committed to working with its partners to support public, private and trade finance operations across the developing world. We also participated in Jordan’s first round of solar PV projects, and the ACWA*-sponsored 485MW Zarqa combined cycle gas-fired thermal power project.”

Since 2013, the OPEC Fund has supported Jordan in its quest to become less reliant on fossil fuels and sharpen its focus on harnessing renewable energy through its partnership with leading global development institutions such as the IFC, other multilateral development banks and European DFIs

Baynouna project at a glance:

A history: Jordan, the OPEC Fund and renewable energy

Working with the IFC and the EIB in 2013, the OPEC Fund extended US$20 million to the Jordan Wind Project Company to  develop and construct a 117 MW wind farm – the country’s first privately-owned renewable energy facility. Located in the governorate of Tafila in southern Jordan, the plant produces around 400 GW-hours of electricity annually – displacing an estimated 235,000 tons of carbon emissions a year. The plant was connected to Jordan’s national grid in 2015.

Alongside boosting its renewable energy generation capacity, Jordan has been replacing old thermal plants with more  efficient technology to reduce losses and maintain a balance in its energy mix.

The OPEC Fund’s support of these efforts includes a US$40 million financing facility extended in 2016 to construct a 485 MW combined cycle gas-turbine power plant.

Similarly, in 2010 the Qatrana Electric Power Company received US$20 million from the OPEC Fund to help finance the construction and operation of an independent greenfield power plant in the town of Al-Qatrana, located around 90 km from Amman city. 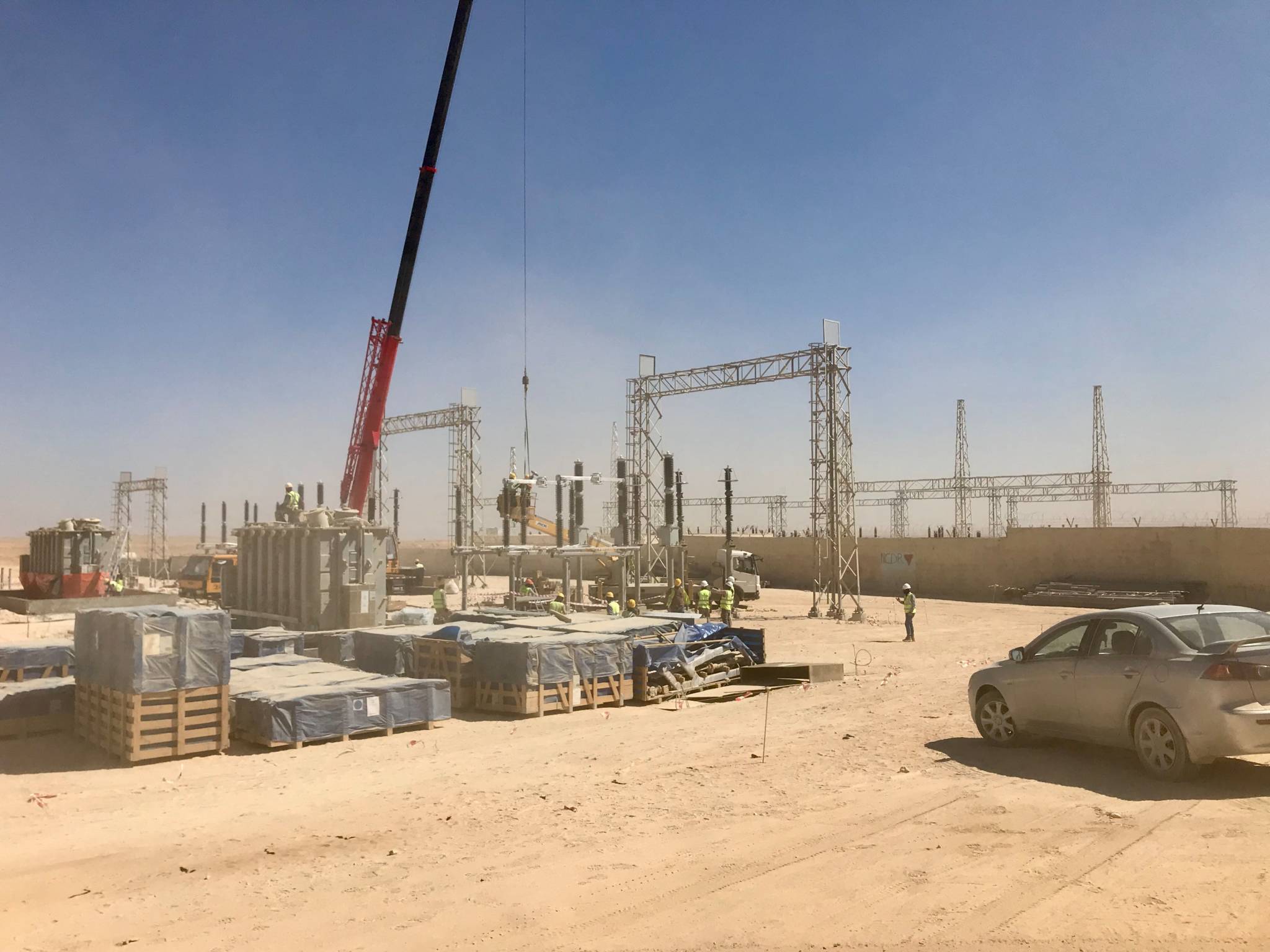 More than 100,000 homes will be supplied with clean, modern energy thanks to the Baynouna Power plant, cofinanced by the OPEC Fund.