Honduras: Promoting development through the wind 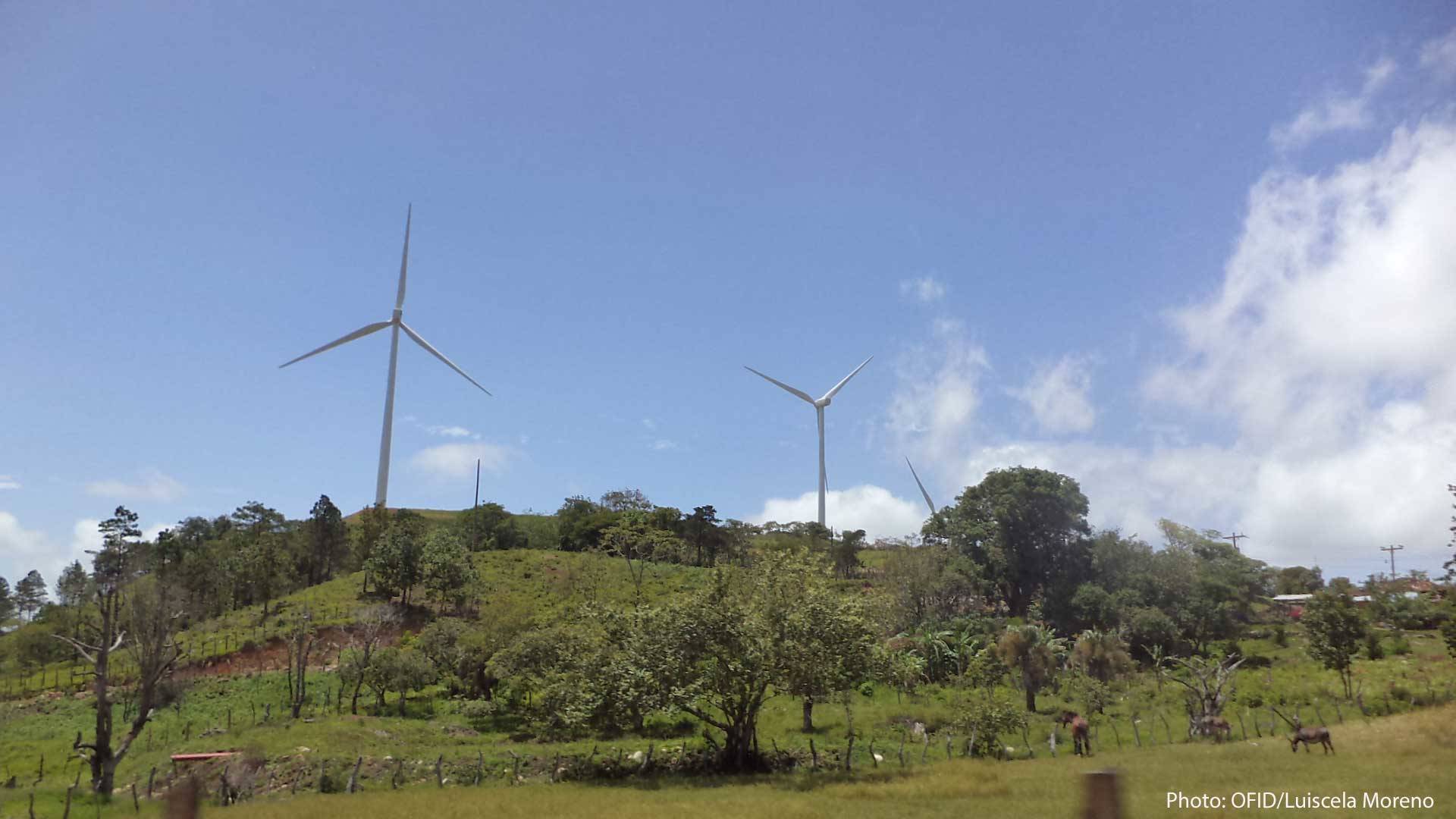 In Honduras, a successful private initiative has transformed life for 100,000 households in rural Choluteca through the use of wind power.

Access to modern energy, no matter its source, is essential for almost every aspect of human life, including the basic needs of light, heat and food preparation.

The share of oil and gas in the global energy supply is estimated by the World Energy Council to be around 50 percent. While fossil fuels are expected to maintain their dominance until 2035, renewable technologies will assume a growing share, supplementing the provision of electricity from traditional sources.

The 2014 Report of REN21 (Renewable Energy Policy Network for the 21st Century) estimates that renewable resources currently constitute 19 percent of global energy consumption. Wind power, a prime renewable, is an important component of the energy mix in a world where all sources of energy are needed to find a way of serving the 1.3 billion people living without access to electricity.

Clearly, the most affected by lack of energy are the poorest countries. In Central America, an estimated eight million people, the equivalent to 20 percent of the total population, do not have access to electricity, with Guatemala, Honduras and Nicaragua experiencing the biggest gap. The majority of these people live far from urban centers and viable electrical grids. Because expanding the grid over long distances is economically unfeasible, on-site generation is the most affordable option, given the region’s wealth in renewable resources.

This article describes a successful case of renewable energy provision in Honduras, one of the least-developed countries in Latin America. Honduras experiences persistent poverty, food insecurity and socioeconomic inequality. Close to half of the total population of 8 million people, live in rural areas. Seventy percent of the rural population lives in poverty and 60 percent live under conditions of extreme poverty.

When the San Marcos Wind Farm opened in February 2015 in Choluteca, the southernmost and poorest department of Honduras, more than 100,000 households gained reliable access to modern energy services. The launch of 25 turbines with a combined 50MW of installed capacity has contributed to the efforts of the Honduran government to diversify the energy mix by increasing the share of renewables.

OFID’s Luiscela Moreno, who is in charge of the project, said: “The wind farm provides energy to families that did not have access to electricity, 1,100 direct jobs were created, roads were built, the zone was reforested, one school refurbished.” She continued: “When I visited the project, I had the opportunity to talk with the team and see the quality of the wind farm. I felt proud and more committed to keep working on projects like this with strong developmental impact and benefiting mainly the poor communities.”

The country’s current generating capacity is around 1,700MW, but Honduras remains heavily dependent on fossil fuels which provide 58 percent of its energy supplies. The National Plan proposes that, by 2022, 60 percent of domestic demand will be supplied by renewable resources. The Honduran Association of Renewable Energy Producers highlights that, in addition to low and stable rates contributing to national competitiveness, renewables bring other benefits, such as reducing the fossil fuels bill and providing foreign exchange savings. Currently, the country spends 13 percent of GDP on hydrocarbons, the highest expenditure in Central America.

The San Marcos Wind Farm was co-financed by OFID through a loan to the private company Vientos de Electrotecnia (VESA), a supplier of electric power through wind conversion. VESA is responsible for the generation, as well as the construction, operation and maintenance of the power plants. The installation was rated the “Renewable Infrastructure of the Year 2015” by the 13th Latin American Leadership Forum on Infrastructure.

VESA is owned by Grupo Terra, a large regional group with extensive experience in renewable energy projects in five countries, developing thermoelectric, hydroelectric, wind and solar projects, for a total capacity estimated at over 563MW.

VESA sells its energy to the Empresa Nacional de Energía Eléctrica (ENEE), under a 20-year power purchase agreement, begun on completion of the project. Twenty years is the minimum life for a turbine engine, depending on the quality of the operation and the maintenance regime, as well as the wind forces it experiences. ENEE is the state-owned power company responsible for the transmission and distribution network in Honduras.

After the inauguration of the San Marcos Wind Farm at the beginning of 2015 and its evident success, VESA requested a second OFID loan to expand the facilities to between 12MW and 13.2MW. Based on these plans for a future increase in energy provision through wind power, the Quarterly will soon be pleased to report additional alleviation of energy poverty in Honduras, supported by the private sector and OFID.