Burkina Faso: Preserving the national lifeline that is cotton 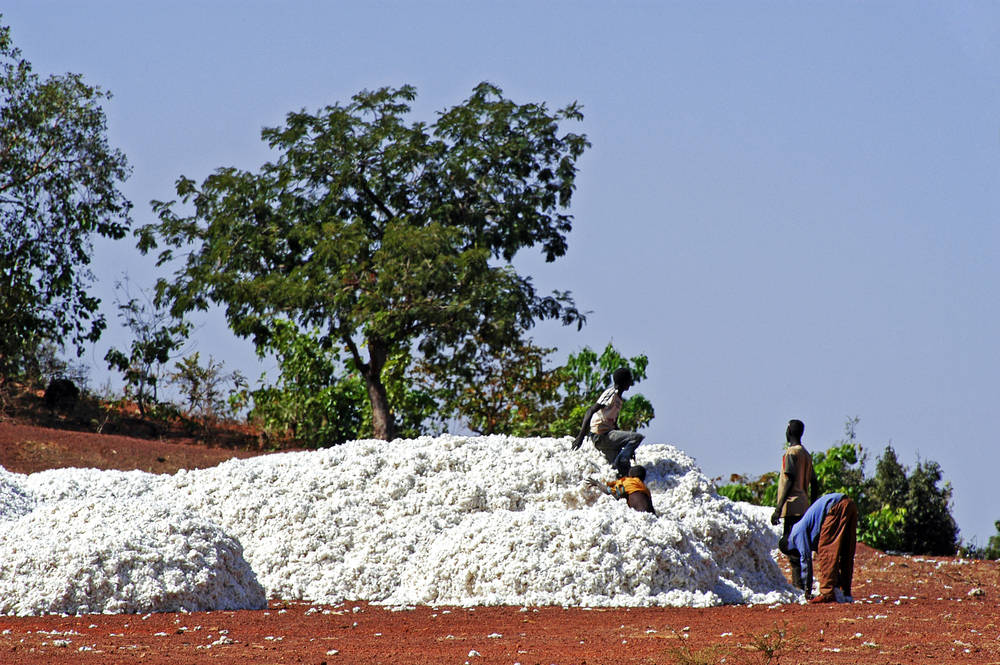 Spun, woven and dyed since time immemorial, cotton has clothed people worldwide for centuries. Nowadays, however, its use extends far beyond the textile industry, to products ranging from fishing nets to explosives based on nitrocellulose. Furthermore, the cottonseed remaining after the cotton is ginned, is used to produce oil, which, after being refined, becomes edible.

The country’s cotton sector directly employs over 350,000 people, meaning that an estimated three million people are completely dependent on it for their livelihoods. Contributing 35 percent of GDP and accounting for 60 percent of foreign currency earnings, the industry is of enormous strategic importance to the country.

According to the UNDP’s Human Development Index, Burkina Faso is ranked 183rd out of a total 187 countries and territories. Some 84 percent of the 17 million population lives in multidimensional poverty, and more than 44 percent of people live below the poverty line. Totally dependent on rain for the growing of seed cotton, and having only a single major export crop, Burkina Faso is highly vulnerable to external shocks.

In 2009, the cotton industry was seriously affected by the early stages of the sub-prime crisis, low world cotton prices, and the impact of international oil prices on freight costs. This last issue was especially critical for a landlocked country needing to evacuate its exports via sea ports in Abidjan (Côte d’Ivoire), Tema (Ghana), and Lome (Togo). In the bleak scenario of that year, the country faced the huge challenge of fighting to retain its place in the global marketplace, despite the economic recession.

In Burkina Faso, there are no industrial cotton farms like those in other regions of the world. Rather, cotton growing is conducted by small entrepreneurs, whose annual production comprises an average of two tons of cotton seed as a cash crop, with a small portion retained for subsistence purposes. The producers have established farmers’ organizations for the cultivation of larger areas. These organizations have the responsibility of ensuring that the farmers receive a fair price.

Average annual earnings are estimated to be around US$400 per person. The state-controlled commercial entity Société Burkinabé des Fibers Textiles (SOFITEX) is one of the largest cotton companies in Africa and the leader in sub-Saharan Africa. SOFITEX is involved in the entire cotton production cycle, from planting and ginning to the export of cotton fiber. Besides the purchase of raw cotton from farmers, fuel represents SOFITEX’s largest expense.

The company needs fuel for the transportation of cotton from farmers to the ginning mills and onward to ports, and for the actual ginning process itself. The profitability of SOFITEX is essential for the social and economic development of the country. In 2009, SOFITEX requested the assistance of ITFC to provide working capital to help finance the cotton harvest campaign of 2009/2010.

OFID joined ITFC to support this commodity trade finance transaction. As part of the syndicated financing, OFID contributed a US$10m loan to SOFITEX to enable the collection, warehousing and ginning of cotton seed, the warehousing of cotton fiber and the export of baled cotton fiber. Saud Al-Rajhi, OFID Private Sector Operations Officer in charge of the transaction with SOFITEX, explained that small farmers don’t have the capacity or the know-how to export individually. “This is why SOFITEX was established – to ensure that all cotton is produced according to international standards in terms of quality and quantity, so as to enable the sector to attract international buyers.”

Al-Rajhi added that, by providing SOFITEX with the necessary funding to pay farmers, collect the cotton and export it, the OFID/IFTC facility had helped to generate profit and income in foreign currency and contribute to the country’s GDP. “This is something that would have been almost impossible to achieve, if farmers had to export their cotton production individually,” he stressed.

By supporting a strategic industry in Burkina Faso, which exports nearly 97 percent of all the cotton it produces, this trade finance transaction helped to underpin the country’s development and economic stability.