“An optimal moment in history”

Interview with Damilola Ogunbiyi, CEO and Special Representative of the UN Secretary-General for Sustainable Energy for All (SEforALL) and Co-Chair of UN-Energy 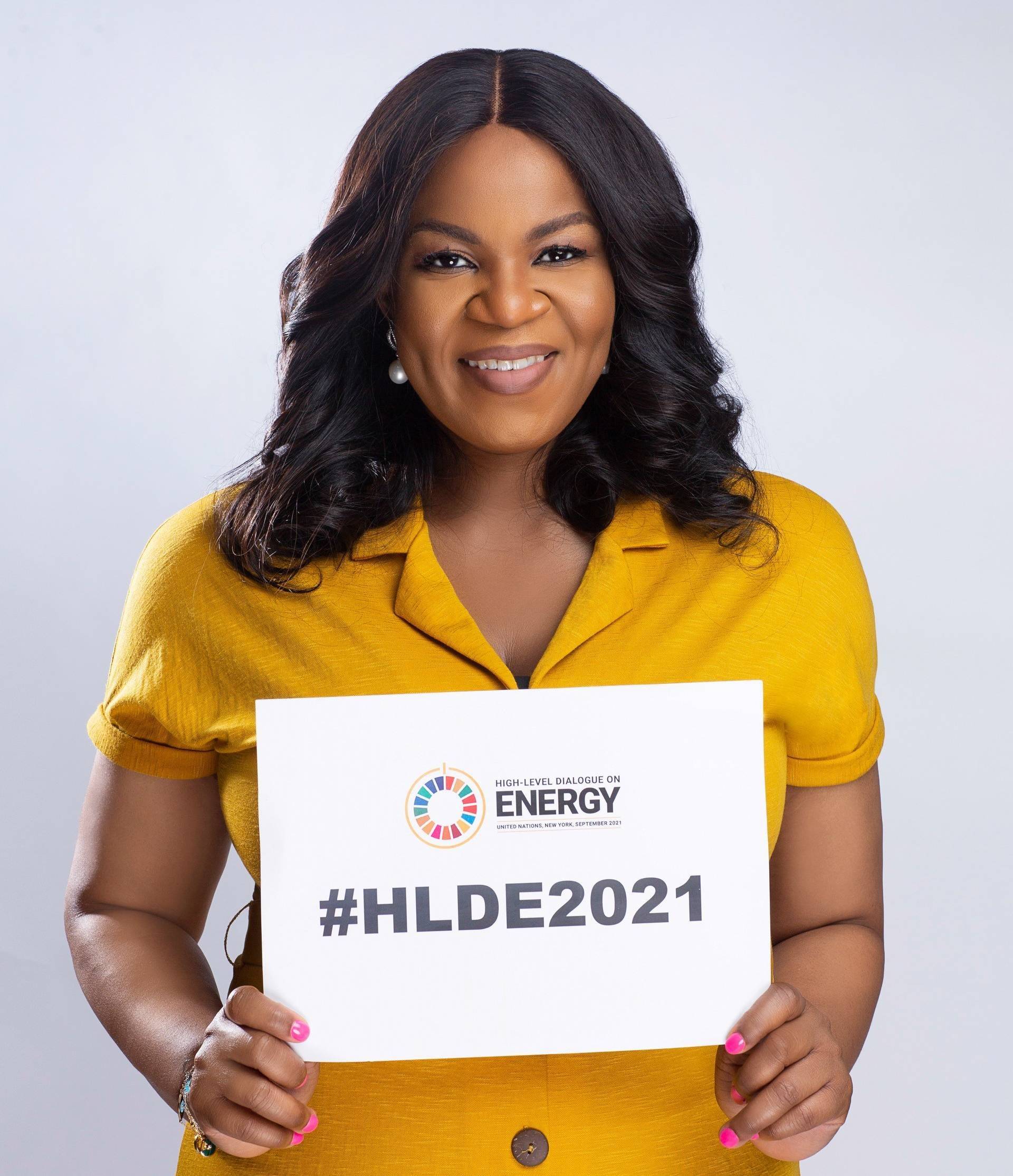 As published in the 3/2021 issue of the OPEC Fund Quarterly.

Damilola Ogunbiyi is CEO and Special Representative of the UN Secretary-General for Sustainable Energy for All (SEforALL) and Co- Chair of UN-Energy. In this interview,  which will be published in the upcoming OPEC Fund Quarterly, she talks about how SEforALL is taking collective action and mobilizing support to help bring the world closer to achieving Sustainable Development Goal (SDG) 7.

OPEC Fund Quarterly: Have your views and optimism changed in the last two years since you joined SEforAll?

Damilola Ogunbiyi: I have always maintained my optimism. I think this is a vital trait in anyone striving to achieve any of the global social or climate goals. You have to fundamentally believe that the change you are fighting for can happen.

This was all the more necessary in the past year. I started this position just as the COVID-19 pandemic began to impact the world. Since then, grim figures have emerged that anywhere from 150 to half a billion people could slip back into poverty as a result of COVID-19. The Annual Sustainable Development Goal Tracking Report launched in June echoes this trend. While the report’s findings lag by about two years, the results show only a very slight change in the number of people lacking access to electricity – from 790 million in last year’s  report to 760 million in this year’s. Similarly, those lacking access to clean cooking went from 2.8 billion to 2.6 billion – but this was all before the pandemic hit.

Despite this dire and new reality, I am hopeful. We are at such a unique moment in history when many forces seem to be aligning. There is an upswell of global voices demanding justice: whether it be for social justice,  round women’s rights (the 'Me Too' movement), racial  injustice brought on by George Floyd’s murder, climate justice or calls for vaccine equality… These movements are forcing a much-needed global conversation about fairness as it pertains to people and planet.

Perhaps it was fitting that we decided to launch SEforALL’s first global advocacy campaign during the pandemic. In March this year, we launched the ‘Be Bold’ campaign as a rallying cry to anyone who wants to support our drive to ensure sustainable energy for all by 2030.  We see this as a right and not a luxury. In other words, how can we ask countries that are struggling to achieve a bare minimum of electrification for their development needs to just switch gears and start transitioning their entire energy systems? What are they transitioning to when many of their communities do not have sufficient or any electricity access to begin with?

The global energy transition must be inclusive, equitable and just. This means we have to allow for different realities and pathways to achieve net zero emissions by 2050. There has to be a clean energy offer. And that offer has to include ensuring we don’t leave anyone behind, that we provide sufficient access to clean energy to power homes and businesses, which support economic development. I believe we are at an optimal moment in history that gives us the best shot at finally achieving SDG 7, which calls for access to affordable, reliable, sustainable and modern energy for all by 2030.

OFQ: What progress has been achieved – and what still needs to be done to achieve SDG 7?

Damilola Ogunbiyi: This year,  we have made tremendous progress on a global advocacy level on SDG 7, starting with the UN General Assembly calling for a High-level Dialogue on Energy to be convened by the Secretary-General this September. This an important event on the global agenda, particularly on the road to COP26, because it represents the first time in over 40 years – literally a generation – that the General Assembly has called for a summit-level event exclusively on energy. The last time this happened was during the oil crisis in 1981. This shows the seriousness of the current environment. I believe the world is now waking up and realizing that we must tackle the energy transition to achieve the goals of the Paris Agreement on climate change and net-zero emissions by 2050.

A major outcome of this High-Level Dialogue will be Energy Compacts that capture ambitious commitments along with concrete actions that provide a pathway to achieving SDG 7 by 2030. The Energy Compacts place energy on a different platform from before. They’re complementary and supportive to nationally determined contributions (NDCs), but are purely energy focused, aligned to achieving SDG 7 and energy transitions in line with the Paris Agreement. What we are asking for in the Compacts is to identify the specific actions that countries, companies and other stakeholders will take over the next few years to meet their commitments, and then we will track and monitor progress, every single year.

This is for all countries – and also about countries that want to support other countries. The United Kingdom, for example, could make commitments in their Energy Compacts to address their energy sector and emissions; but they could also include planned actions to provide power for 10 million people. How they plan to do this is what’s important. The Compacts are a way of showing tangible action – this could be providing power and clean cooking to more people, improving energy efficiency, deploying more renewables or getting out of coal.

From June 21 to 25, we held a milestone event in the leadup to the High-Level Dialogue taking place on 20 September - the Ministerial Thematic Forums, where several important announcements were made. The week saw 30 Global Champion countries, 17 Co-lead organizations, and many technical experts come  together to begin creating a roadmap to 2030.

Corporations, philanthropies and dozens of countries announced commitments that will be part of their individual Energy Compacts, creating substantial momentum on SDG 7.

There are many ways forward. But it has to be a global effort, because we are not on track with barely nine years to go to achieve SDG 7. We need firm commitments holding governments and others publicly accountable. This is all about raising ambition and showing people that collectively this is a huge opportunity.

OFQ: What do you see as the role of the DFI community / partnerships for energy finance towards realizing SDG 7?

Damilola Ogunbiyi: During our June Ministerial Thematic Forums, we were privileged to co-host an important event with our partners: Rajiv Shah, President of the Rockefeller Foundation, Per Heggenes, CEO of the IKEA Foundation and Makhtar Diop, Managing Director of the International Finance Corporation (IFC). All spoke about their commitment to dramatically scale-up efforts and resources to finally end the scourge of energy poverty.

I was heartened by their passion and ultimately the money they are putting behind their words. Each has pledged to create a movement that will bring together the private sector, multilaterals and governments. This movement already includes financing that will be leveraged to upwards of US$10 billion as a starting point. For the Rockefeller and IKEA Foundations, they committed to a US$1 billion catalytic fund to distribute renewables, while the IFC has partnered with the Rockefeller Foundation for a US$150 million facility to de-risk up to US$2 billion of private sector investments in distributed renewable energy.

If we look at the history of commitments made under the Paris Agreement, the ambition and execution is simply not matching what’s required to achieve our goals. But commitments such as those made at the Forums are breaking the mold by actually delivering on their promises. This is the type of bold action that fills me with optimism and hope. We absolutely cannot achieve SDG 7 without the momentum and scale that our partners within the  DFIs philanthropy and the private sector can bring to the table.