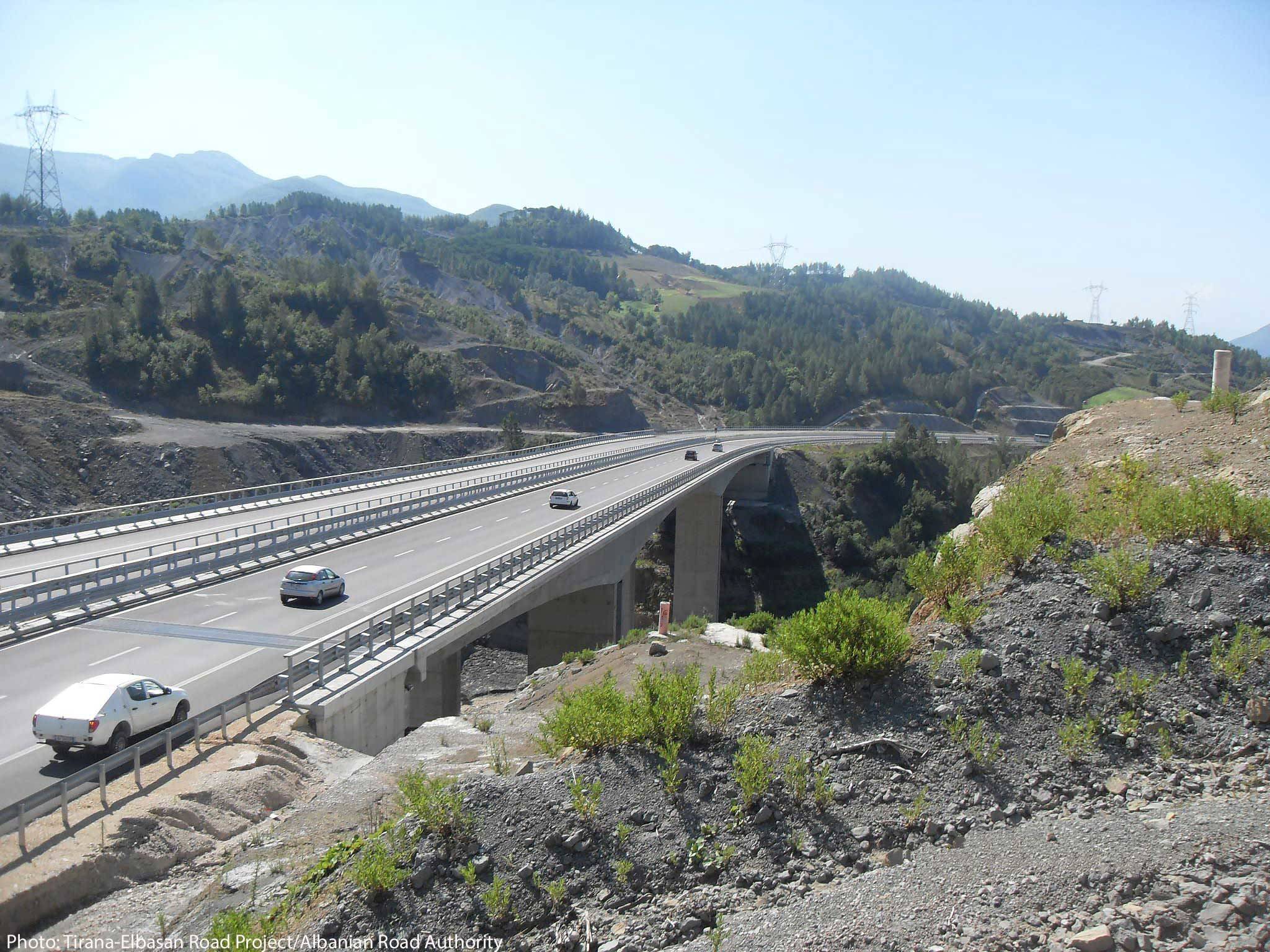 Roads are intertwined with the concept of development. In fact, the history of mankind is based on the movement of human groups. Without roads, people are unreachable and progress is unattainable. The prospect of development becomes even more elusive if the topography is rugged, mountainous or difficult to traverse.

Such was Albania’s plight during the 20th century. It was a situation that caused widespread poverty and forced a mass exodus after 1991, when the political environment changed and the population was able to leave the country to search for better opportunities. According to Professor Russell King, migration researcher at the UK’s University of Sussex, by 2010, 1.4 million Albanians had emigrated looking for better opportunities, leaving 2.8 million people in the country. This equation means that 1 in 3 Albanians are living abroad.

The World Bank reports that Albania has been able to maintain positive growth rates in the last two and a half decades despite setbacks in the global economy. Financial challenges have not left the Balkan country unscathed,  however, but have slowed its rate of growth.

A decent road network is of top priority. The lack of maintenance and investment over many years has resulted in an underdeveloped road system. Courageous and adventurous travellers have filled many pages describing the road situation in Albania: authentic carriage roads strewn with loose rocks, ravines without protective fencing, and a few scattered hamlets nestled in splendid mountain scenery.

Today, Albania’s road network is far below the standards of other European countries, as well as the standards of most of its neighbors.  Of the 18,000km-long road network, only 35 percent is paved and about 80 percent is in bad shape. Aware of the constraints imposed by a limited road infrastructure, the government is determined to change the situation.

Since the launch of the Albanian national transport plan in March 2005, much has been done to align national laws and regulations on transport with those of the European Union and its neighbours in the Western Balkans. Additionally, in 2009, a specialized road authority was created to manage and operate the national road network. To reinforce the importance of improving overland connections, the government has required by law the involvement of the private sector in several projects, transportation among them.

Connecting the two main cities During the last decade, the improvement of the Albanian transportation system has become an imperative. The national plan for the sector includes the creation of international transport corridors consisting of road and rail infrastructure. One of the strategic priorities is the pan-European road corridor, which stretches eastwards from the Albanian coast to neighboring Macedonia and Greece.

This key artery includes the connection between Tirana and Elbasan, Albania’s two major cities. Tirana, the capital, with over 600,000 inhabitants, is the seat of the government as well as the country’s economic and cultural center. Elbasan, with over 100,000 inhabitants and located in the heart of Albania, was one of the most beautiful cities of the Ottoman Empire.

Part of the pan-European corridor, also known as corridor 8, traverses Albania for more  than 300km, ending at the port of Durres, which manages about 90 percent of Albania’s international maritime traffic. A critical 27 km-long road segment that crosses mainly mountainous terrain, was co-financed by OFID  jointly with the Abu Dhabi Fund, the Islamic Development Bank, the Saudi Fund and the government of Albania.

This road section, which was officially inaugurated in 2013, provides today the fastest link between Tirana and Elbasan, facilitated by the 2.5km-long Kerrabe tunnel, one of the most modern of the Balkan region.

OFID’s Romulo Martinez, who is responsible for public sector operation in Albania, explains that the road, which is located in the geographic center of the country, is considered a key element for fostering not only Albania’s domestic and international integration, but also trade exchange between eastern and western European countries.

The modern highway, funded by the partnership and built using the highest road construction standards applied in the Balkans to date, boasts two traffic lanes in each direction, two emergency lanes, and several flyovers and viaducts. Fully operational since June 2015, the highway has already reduced vehicle operating costs and travel time, and has also increased road safety, thus fostering trade and economic growth and confirming its importance for accelerating Albania’s development.