A safe harbor in Djibouti 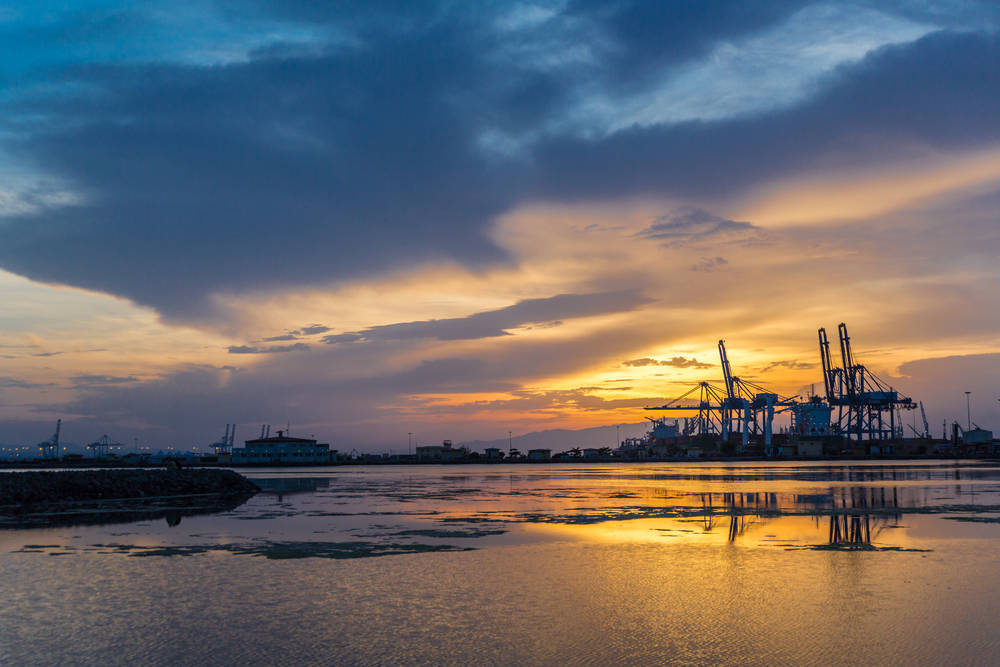 As part of the main maritime passage and trading route between East and West, Djibouti stretches back 3,500 years, from the time of Red Sea exploration. Today, imports, exports, and re-exports, primarily of coffee from landlocked neighbor Ethiopia, represent 70 percent of port activity at Djibouti’s container terminal.

When you read about Djibouti, it is likely that you will find bleak scenery, inadequate supplies of potable water, limited arable land, desertification and endangered species. Nonetheless, Djibouti’s location is its main economic asset.

At the intersection of the Red Sea and the Gulf of Aden, the country serves as an important shipping portal for goods entering and leaving the East African Highlands, as well as trans-shipments between Europe, the Middle East and Asia.

Due to its proximity to the world’s busiest shipping lanes and the Arabian oilfields, it also functions as a refueling center.

Djibouti’s economy is based on its port services and its status as a free trade zone in the Horn of Africa. It is also home to a French military base, and, since 2002, German and US bases.

Three-quarters of the country’s 800,000 people live in the capital city, with the remainder mostly nomadic herders. The nation is heavily dependent on foreign assistance to help support its balance of payments and to finance development projects.

At the end of the 19th century, Djibouti set about exploiting its strategic position by building a port to provide neighboring Ethiopia with a maritime outlet for its planned new railway line. Djibouti’s coastline provided both easy access and sheltered anchorage.

Work on the railway began in 1897, as did the initial construction of the port. Once the line was completed in 1917, the port grew rapidly. Today, Djibouti Port is a key part of the international maritime exchange network, having expanded over time to meet growing trade requirements.

The expansion of services revealed a need to build a new container terminal, close to the existing Djibouti Port. Of key strategic and economic importance to the Republic of Djibouti, the new Doraleh Container Terminal (DCT), which was inaugurated on February 7, 2009, has enabled the continued growth of container traffic, and with it job creation in the transport sector.

The new facility has improved operating efficiency and relieved capacity constraints. As an important artery for Ethiopia, DCT has given Djibouti a competitive advantage in retaining its neighbor’s transit business.

Djibouti is the most suitable location for both domestic and Ethiopian transit cargo. The DCT provides the most comprehensive facility by far for hinterland container cargo, with the greatest berthing, the deepest water, the largest and greatest number of quayside gantry cranes, and the highest capacity.

Due to the enormous financial challenge represented by the construction of the new terminal, estimated at US$396m, the Islamic Development Bank committed to financing an Islamic facility for US$65m. It was proposed that OFID participate with a loan to the IsDB syndicated facility of US$15m. Project financing also involved Standard Chartered Bank, Dubai Islamic Bank and West LB.

DPW has a portfolio of more than 65 marine terminals across six continents, including new developments underway in India, Africa, Europe, South America and the Middle East. Container handling is the company’s core business and generates around 80 percent of its revenue.

“The main category of throughput is the transhipment business which represents 53 percent of TEUs, with imports and exports accounting for 24 percent and 21 percent, respectively. Of the import/export traffic, the bulk (80 percent) is to/from Ethiopia, with just 20 percent representing trade with Djibouti.”

Alnassar highlighted a recent agreement, under which the Chinese Government will finance the construction of the long-discussed new railway from Djibouti to Ethiopia. “Once completed, this will allow more efficient transport of bonded containers to and from Ethiopia,” he explained.

OFID has contributed to the challenge of eradicating poverty in the former French colony through job creation and increased trade at DCT. There is nothing that can hinder OFID in the pursuit of its noble mission.