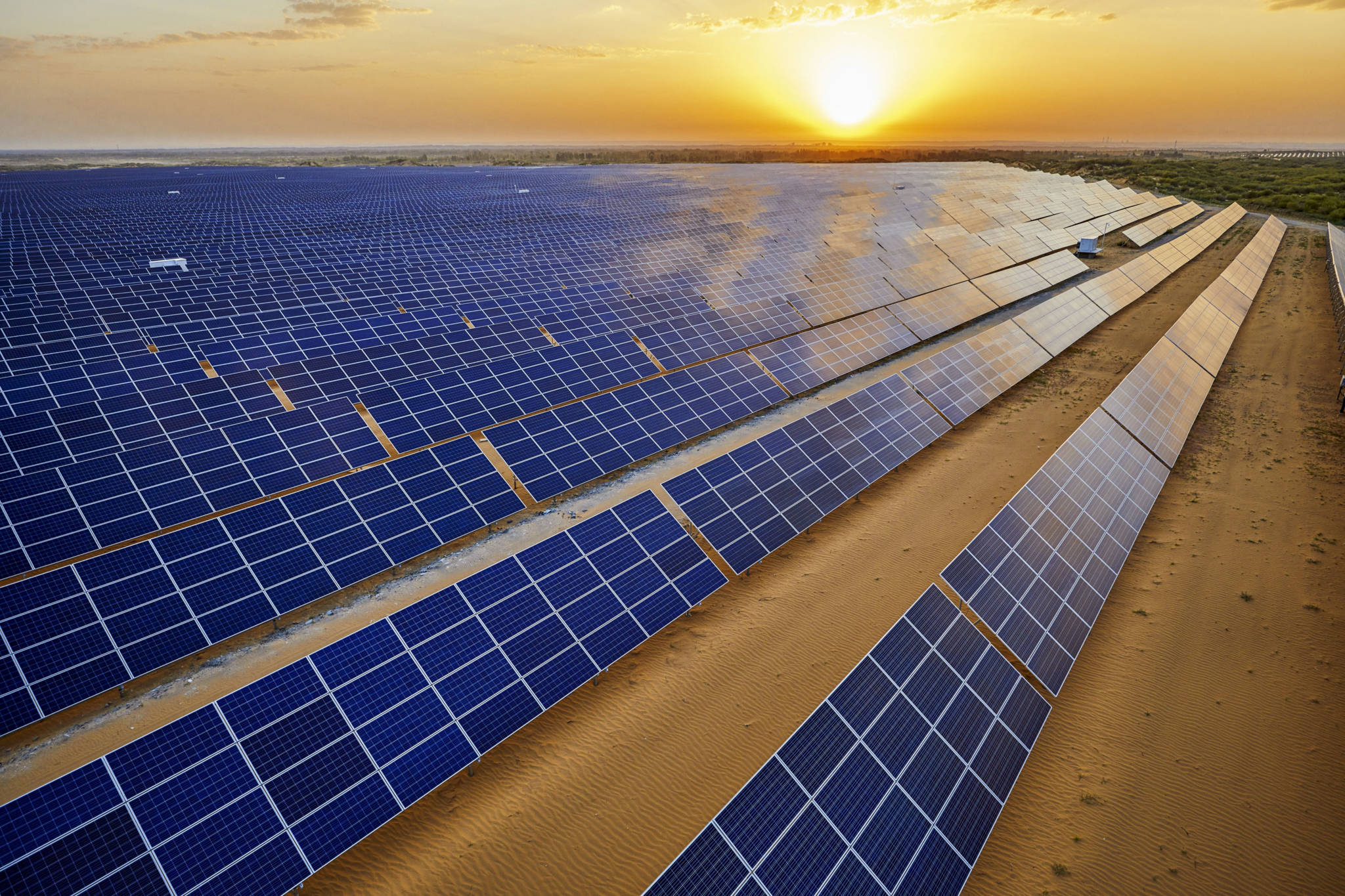 The Paris Agreement asks each country to outline and communicate its post-2020 climate actions known as Nationally Determined Contributions (NDCs).

At the heart of the Paris Agreement, NDCs embody efforts by each nation to reduce national emissions and adapt to the impacts of climate change. Both energy efficiency and renewable energy initiatives are central to NDCs and fundamental to enabling countries to meet their commitments.

The Paris Agreement represents an ambitious and strategical approach for all – and for developing countries in particular – to reach a global peak of greenhouse gas (GHG) emissions as soon as possible and to reduce them rapidly thereafter. According to the International Energy Agency, renewable energy activities from developing countries will lead to an overall reduction of 1.4 Gt in carbon emissions by 2020.

Partly due to the growth in solar photovoltaics (PV) in developing countries, this renewable energy source is on track to reach the Sustainable Development Scenario (SDS) level by 2030, which requires the electricity it generates to increase 16 percent annually, from 570 TWh in 2018 to almost 3,300 TWh in 2030. This potential, and that solar PV is a locally available energy resource with minimum operating and maintenance costs, makes it an important ingredient in the energy mix of developing countries. So what are the other drivers – and obstacles – to this energy source?

A Feed-in Tariff (FIT) is a government policy aimed at increasing investments in renewable energy. It involves payments for households or businesses generating their own electricity through renewable energy. FITs also include additional bonus payments made for excess renewable electricity, exported to the grid, thereby promoting energy efficiency.

Solar PV generation costs have been decreasing rapidly over the past decade at over 10 percent per year. In several countries, the cost of solar PV is almost as low as energy from coal and gas. These trends are encouraging. New solar PV generating capacity in developing countries is growing year-on-year fuelled by low-price equipment and innovative new applications. Globally, renewables are leading the generation of new power; solar PV is leading the deployment of new renewable capacity; and developing countries already represent more than 50 percent of global solar capacity (compared with less than 10 percent a decade ago).

Initiatives led by development funds and similar organizations, such as the International Energy Agency, the International Renewables Energy Agency and the World Council for Renewable Energy, are also used to stimulate the growth of and investment in solar PV technologies. India, Mongolia, Jordan, El Salvador and Pakistan are among the countries to have benefited from initiatives in this regard. Specifically, in Mongolia, the government formulated the second stage of the national Renewable Energy Program (2011/2020) which, through the support of the World Bank, led to the on-lining of a 10 MW solar PV power plant in 2018.

Also in 2018, the government of Jordan approved a new policy allowing all public institutions – such as universities and museums – to build, operate and own solar PV power plants. The policy allowed these institutions to sell the generated electricity to the state-owned National Electric Power Company. This led to the development of the 103 MW Quweira solar PV plant, financed by the Abu Dhabi Fund (ADFD). This Quweira plant is the largest solar PV facility in Jordan.

In recent years, asking the private sector to tender for public solar PV projects has gained momentum in developing countries. In some markets, because of intense competition in the solar PV space, maturing technology, tax incentives and economies of scale, record bids below US$0.03 per kWh have become the new norm. Low bids for the provision of solar PV projects in 2016 and early 2017 were achieved by developing economies such as India, Jordan, Argentina, Saudi Arabia, the UAE and South Africa. In addition, Mongolia and Zambia saw record low national bids for winning tenders in 2016.

The manufacture of solar PV technology is worthy of mention too, if only to note China’s ascendancy: the country has dominated the manufacture and global shipments of solar PV units for eight consecutive years, since 2010. The top 10 manufacturers, of which a majority are China-based, accounted for about 50 percent of shipments during 2016.

Asia (excluding Japan): Solar PV plants in Asia account for approximately 42 percent of global overall installed capacity of solar plants and less than 7 percent of the continent’s energy mix. China is the leading generator in Asia, with 52 percent (or 8,548 MW) of the solar capacity installed in the region. India is in second place with over 2,300 MW and Thailand comes third with about 500 MW of installed capacity. Kazakhstan, Pakistan and the Philippines together account for almost 1,000 MW of solar PV15.

Africa: Solar PV installed capacity in Africa accounts for approximately 2.5 percent of the worldwide total and around 1 percent of the continent’s energy mix. Africa enjoys the highest number of sunlight hours per year of all the continents at circa 4,300, which equates to 97 percent of the maximum possible total sunlight hours. Therefore, solar PV energy has the potential for a far more extensive use. South Africa leads the installed capacity charts with 1,243 MW, followed by Nigeria with 976 MW and Egypt with 540 MW.

Obstacles to the expansion of solar PV in developing countries remain. One challenge is the lack of an adequate transmission infrastructure network and a smart grid to cater to the intermittent nature of electricity generated from solar PV; another is the lack of  compelling subsidies. Hence, while solar energy for off-grid and mini-grid developments is often the most competitive solution in developing countries, complex financial and organisational questions get in the way: there are regular bottlenecks in financing, business models are untested, misunderstandings about sustainable operations and maintenance persist, and the social and economic environments of such projects are often difficult.

Solutions do exist and include supporting home solar systems or installing mini-grids with micro credits or a ‘fee for service’ model; or more commonly, using capital subsidies and cost recovery via tariffs. Although capital subsidies and cost recovery systems are in use in most developing countries, complicated regulations often restrict companies and households from benefiting from them. Furthermore, short-sighted energy policies are a particular problem in developing countries. Many remain focused on grid extension, urban electrification or large hydro, gas or coal power plants without too much thought for long-term sustainability and supply. When demand outstrips supply and the lights go out, this lack of thought is costly. Diversified electricity generation capacities – including an expanded use of solar PV, especially in rural areas – is essential for the powering-up of developing countries.

Developing countries are in a unique position to bypass the carbon intensive power systems that other parts of the world are now trying to replace. Several characteristics that are unique to many developing countries – such as abundant solar resources, the use of expensive fuel oil for power and an existing gap to be filled for large energy generation – could enable such countries to achieve wide-scale deployment of solar energy in their electricity systems, especially as the price of solar continues to fall rapidly. Combine this with more ambitious goals for solar, and developing countries could create a greener, cheaper path to continued development.

Digital version of article with footnotes can be found here